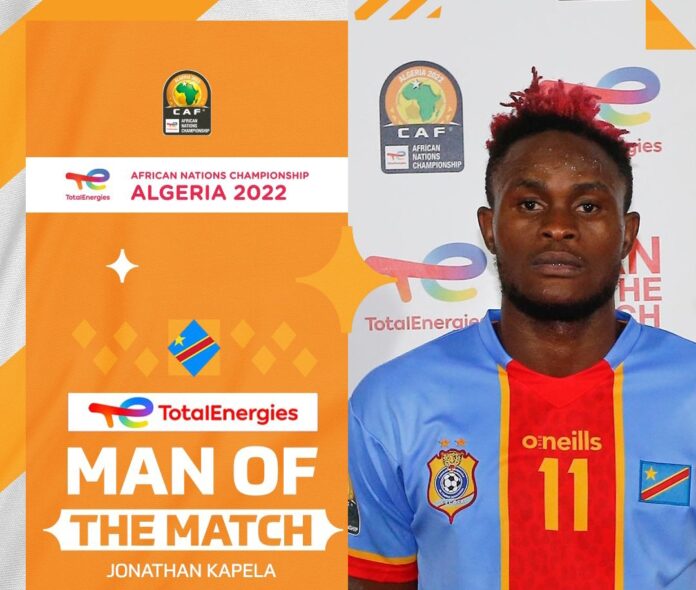 Democratic Republic of Congo forward, Jonathan Kapela was adjudged Man-Of-The-Match in their game against Uganda on Saturday afternoon.

The winger was a tormentor for the Ugandan defense throughout the entire duration of the match with tricky skills and pace.

After his eye-catching performance for the Leopards, the forward was rightly adjudged as the most valuable player of the match.

Uganda Cranes were hoping to begin their expedition at this year’s African Nations CHAN (CHAN) on a brilliant note as they faced Democratic Republic of Congo on Saturday.

The Group B encounter at Stade 19th May 1956 in Annaba presented an opportunity for the current players to write history.

Nonetheless, the two teams engaged in an action packed goalless draw game in the opening game of the group.

With Uganda making her sixth appearance at the finals, coach Milutin Sredojevic was aware of what was at stake and hoped his charges could deliver a good result by the end of the day.

Both teams came close to scoring on several occasions but fluffed their efforts in front of goal as it ended 0 – 0 at full time.

ONE LAST ACT: Henderson Stops to Smell the Roses, Ahead of...