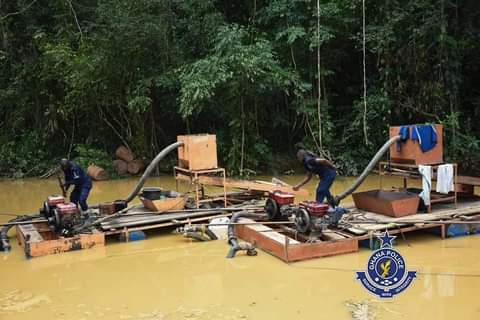 The government has placed a ban on the local production of changfang machines with immediate effect.

The directive issued by the Ministry of Lands and Natural Resources forms part of renewed efforts to tackle the illegal mining menace, popularly called Galamsey.

Changfang motors are floating contraptions used by galamsey operators to wash the ore during mining and contribute to the high pollution of water bodies in the desperate search for gold. While some machines are imported, others are produced locally.

The latest directive means manufacturers of the equipment risk being prosecuted.

The newly inaugurated taskforce, the Deputy Minister indicated, will curb illegal mining on rivers, including the Ankobra.

He also announced the formation and inauguration of Regional taskforces to support the current operation on rivers bodies.