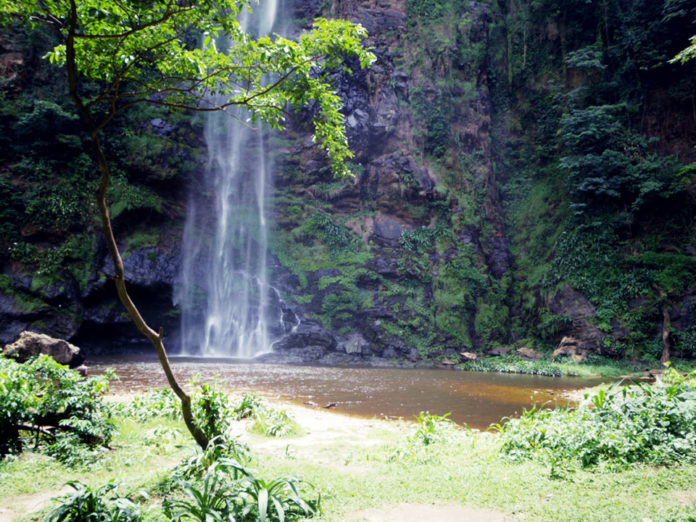 Some ECOWAS nationals, including Ghanaians, are gambling with their lives at some unapproved routes around the popular Wli Waterfalls in the Volta Region to enter Ghana illegally from neighbouring Togo.

New Patriotic Party (NPP) MP for Manhyia North in the Ashanti Region, Collins Owusu Amankwah, who made this shocking revelation described the act as hazardous and needed immediate action.

Ghana’s air, sea and land borders have been closed since Sunday, March 22, 2020 following an order by President Akufo-Addo as part of efforts to stop the spread of Covid-19 in the country.

“One hundred and ninety-two (192) of the cases came from travellers, who entered our country before the closure, and their contacts. Seventy-nine percent (79%) of the three hundred and seventy-eight (378) confirmed cases are, thus, imported,” President Akufo-Addo said when he addressed the country on Thursday, April 9, 2020.

Like other sites, the Wli waterfalls — which is the highest waterfall in West Africa located in the Hohoe Municipality of the Volta Region — has also been shutdown to tourists and declared a security zone as part of measures to contain the spread of the deadly Coronavirus in the country.

But speaking to Oheneba Nana Asiedu on Kumasi-based Wontumi Radio, Mr Amankwah, who is secretary of the Health Committee of the ECOWAS Parliament revealed how many foreigners and Ghanaians have been using the water body to enter Ghana, exposing citizens to the deadly virus.

“There are unapproved routes up north at Paga and the Sissala areas where some residents caused the arrest of these strangers in some cases; But a place like the Aflao border, there lies the Wli waterfalls closer to Togo, people swim in the water body and enter Ghana and vice versa. The security forces have to intensify patrols in these areas,” the Ghanaian lawmaker narrated.

He, however, called on Ghanaians not to panic but to support President Akufo-Addo to end the fight against the pandemic.

“President Akufo-Addo has the welfare of the people at heart and he is very much committed to the safety of all Ghanaians in the midst of COVID-19,” he said, adding that: “With a special focus on the adherence to hand hygiene and personal protective equipment, we can stop the spread of the deadly disease”.

Banks unwilling to give us financial support – Rice Millers lament