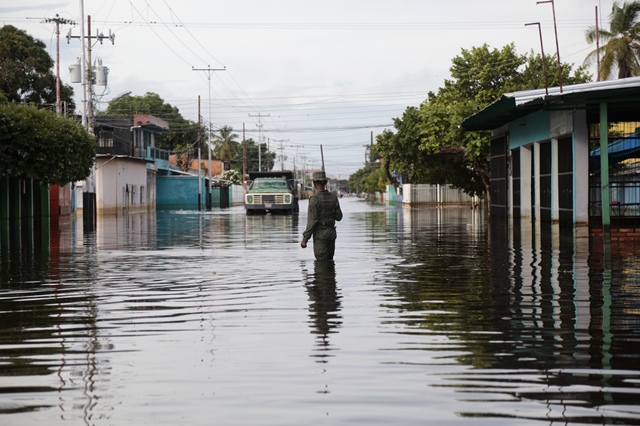 At least six persons have died following a downpour in communities in North-Eastern Ghana whose plight has been worsened by the Bagre Dam spillage from neighbouring Burkina Faso.

The victims included farmers and a three-year-old girl who were found lifeless at separate locations in the last 24 hours, according to the National Disaster Management Organization (NADMO).

NADMO confirmed that communities on the East and West Mamprusi including Bunkprugu and Janga are the worse affected as residents, farmlands, and roads are badly affected.

“We had two more deaths from the Mamprugu Moaduri District because their farmlands have been submerged in waters“, said the North East Regional NADMO Director John Kweku Alhassan who had earlier confirmed the death of the four others late Saturday.

He further said, “one of the deceased comes from Fumbisi, a town around Builsa South District in the Upper East Region.”

Mr. Alhassan, however, said a team has been deployed to rescue the perishing.

“Due to the water level, we are unable to carry a proper assessment. We are planning to brief the minister and see if we can begin monitoring by Tuesday,” he told the CNR.

Savannah Region: Man, 32, stabbed to death in scuffle over T-Shirt