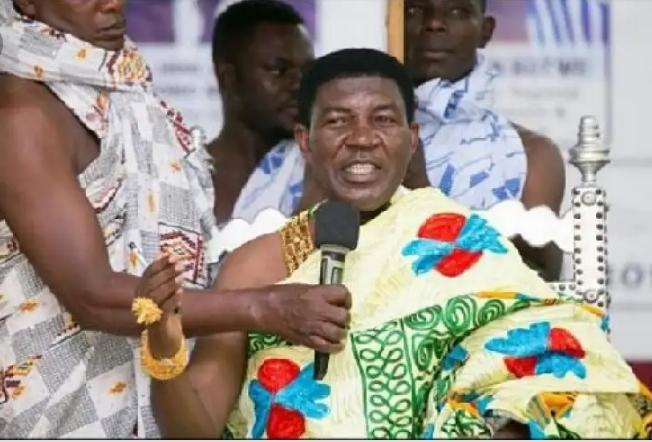 This was after a High Court in Sunyani cleared the EC to hold the elections after some aggrieved parties secured an injunction to halt the process.

The traditional leader garnered 22 votes beating his main contender Mr Agyapong Adu-Baah who did not poll any votes.

Prior to the elections, eight other contestants pulled out of the race for reasons best known to them.

In his acceptance speech Oseadeeyo Akumfi Ameyaw IV said youth development will be high on his agenda.

“Now my vision is about the development of the area. I am asking them [the electoral college] to team up with me and then negotiate with the government for development and also strengthen the capacity of the youth in terms of education and other interventions”, he said.

“As it stands, one man cannot do it but when we have a very strong team we will form a formidable front to be able to negotiate for better things for the region”, he added.

He joins 15 other regional representatives to counsel the President as he begins his second term for another four years.

About Council of State

The Council of State consists of one representative from each region of Ghana, elected in accordance with regulations made by the EC under article 51 of Ghana’s constitution, by an electoral college comprising two representatives from each of the districts in the region, nominated by the District Assemblies in the region, and eleven other members appointed by the President.

President Akufo-Addo earlier announced the names of his 11 nominees to serve in the Council accordance with Article 89 (2)(d) of the constitution. Notable among the appointees are the former Metropolitan Chief Executive of the Accra Metropolitan Assembly, Stanley Nii Adjiri Blankson and a former President of the Ghana Bar Association, Sam Okudzeto, among others.