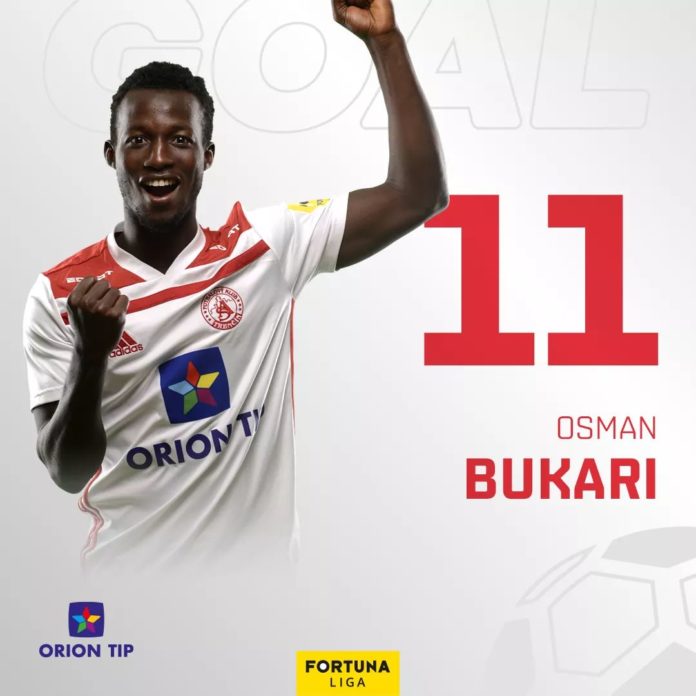 High-flying Ghanaian international forward Osman Bukari was on the score sheet for AS Trencin in their 3-1 win at Senica on Saturday evening.

The visitors were the better side in the opening exchanges of the game creating the games best chances right from the blast of the whistle.

Bukari, on the 22nd minutes powered the visitors in front to make it a 1-0, a lead which the away team deserved due to their excessive pressure on the home team.

Four minutes after the Ghanaian’s opener, Gino Van Kessel made it two to the visitors who had been the better side with a powerful drive.

Five minutes later, Trencin were running riot as Ante Roguljic added the third goal just 31 minutes into the opening half.

The second half saw the home team playing better football and were rewarded with a consolation goal through Peter Eneji’s fine strike from the spot to reduce the deficit to two in the final five minutes of the match.

Trecin held onto the two goal lead to extend their lead at the top to seven points in the Slovakia top division.

Bukari has 10 goals and six assists this term for the league leaders.