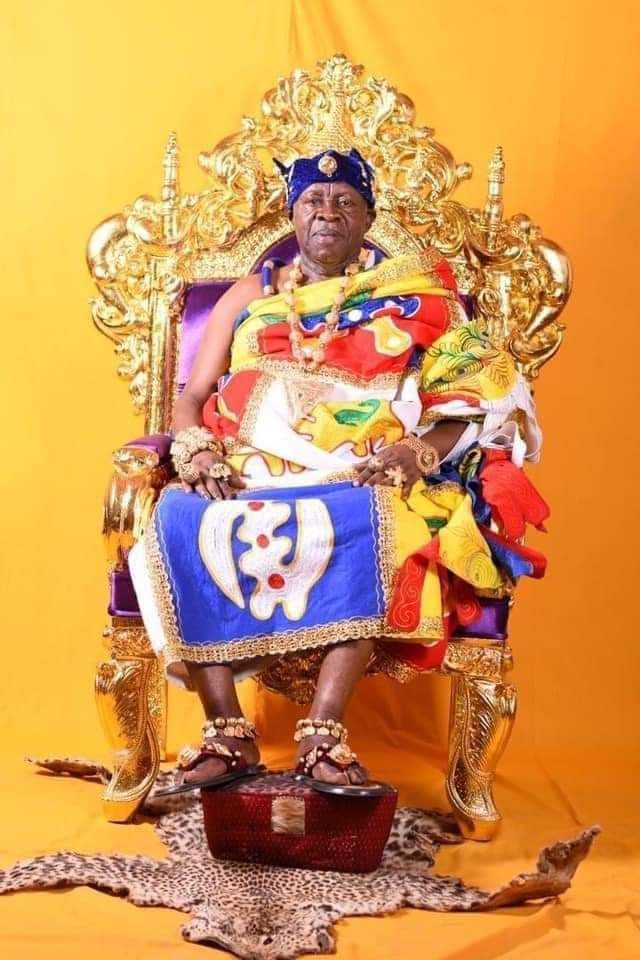 President of the National House of Chiefs has hit back at the critics of government’s decision to destroy equipment used in illegal mining operations in forests and river bodies.

He made the call when Chief Executive of the Forest Commission, John Allotey paid a courtesy call at his palace at Sefwi Anhwiaso.

“We should all come together and drive these people from the forest and river bodies. The government has been criticized for burning mining equipment in the forests. Some suggest the equipment could be put to use for the benefit of the country. I disagree with these criticisms,” he said.

Referencing the case of the missing excavators, he stated that the nation’s inability to properly account for the 400 excavators make it difficult for such moves.

“Do you remember the story of the 400 seized excavators? How would we account for many if we cannot even account for those few ones that were seized,” he quizzed.

The team from the Forestry Commission has been in the region to ascertain compliance with government’s ban on mining in forest reserves and water bodies.

With the exception of Odaw which had three excavators on site, the rest were empty as miners had evacuated their equipment.

Ogyeahoho Gyebi, the paramount Chief of Sefwi Anhwiaso, pledged the support of the National House of Chiefs in the fight against illegal mining.

He wants all attention focused on the sustainable fight against illegal mining.

“Nananom who are owners of the land, including the ‘Adikrofo’ must also be involved in the grant of the licenses so that we would be able to identify which company is working in Area A or B”.

“Nananom in that vein should also be part of the enforcement group,” he stated.

Ogyeahohoo Gyebi also expects chiefs to be involved in the allocation of mining leases and the enforcement of laws against illegal mining in the future.

Additionally, he wants traditional leaders involved in illegal mining to be named and shamed.

“So please any Nana who knows something about it; if you have the evidence, name him and Nananom will sit up”.

Chief Executive of Forestry Commission, John Allotey commended Ogyeahohoo Gyebi for his support in the preservation of forest resources including distribution of free tree seedlings to residents in the area.