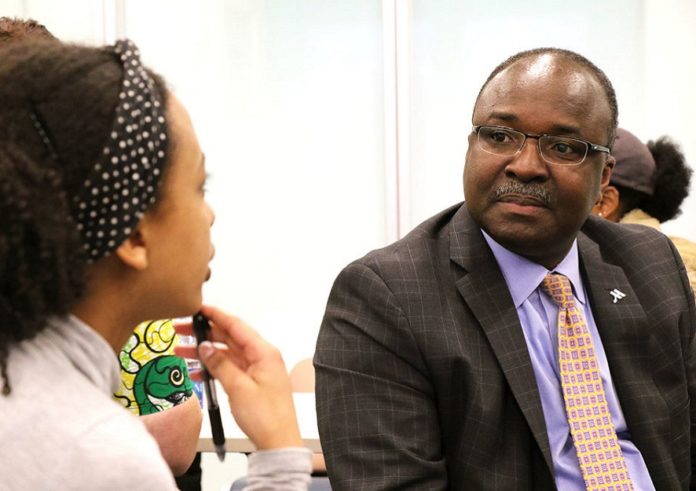 George Ntim, the Market Director of Diplomatic and Community Relations at New York City Marriott Hotels, has been elected chairman of the New York State Hospitality and Tourism Association’s Board of Directors.

A statement released Friday by the Association said its mission is to lead and protect the New York State hospitality and tourism industry by providing advocacy, education, and resources.

It also caters to museums, ski areas, historical sites, convention and visitor bureaus, chambers of commerce, colleges and universities, hospitality students, among others.

As the Market Director of Diplomatic and Community Relations at New York City Marriott Hotels, Ntim’s responsibilities include everything “from cultivating relationships with dignitaries, celebrities, and all other VIP hotel guests, to working with local, state, and national government agencies to assist the hotel in its operations within the community.”

With his experience in the hospitality industry, the Association said it is looking forward to working with him “in a larger capacity as he brings an abundance of real-life and hotel experience to the Chairman position.”

“His passion for the hospitality industry and his love for the state of New York is a great addition to the Association’s leadership,” said Mark Dorr, NYSH&TA President.

The only African to climb up the difficult ladder to become the Director of VIP Guest Relations and Community Services at the Marriot Marquis Hotel in NYC, Ntim has, over the years, been using his position to bring change to his country, Ghana.

Having worked at Marriott Marquis Hotel in mid-town Manhattan for some years, he’s come into contact with people from all over the world, including several baseball players.

He established good relations with these players, a lot of whom he convinced to contribute to his African Development Foundation (ADF), which he founded in 2003.

The aim of the ADF is to promote goodwill and strengthen relationships between America and Africa through youth-oriented initiatives, with an outreach that includes providing African youths with computer training, health-related resources, and recreational outlets.

One of the many initiatives of the foundation is to promote baseball in Africa. The foundation has taken many major league baseball players to Africa to teach kids how to play and to encourage them to always use positive outlets.

Hailing from Ghana, the FACE List Award recipient believes that sports can play a significant role in Africa’s economic liberation.