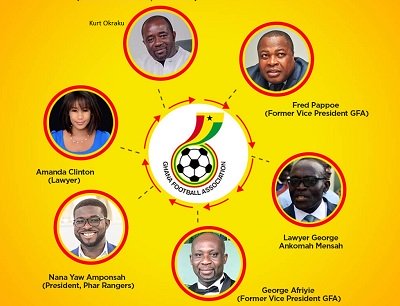 The Normalisation Committee of the Ghana Football Association has released the official positions of candidates who are vying for the Ghana FA presidential seat on the ballot sheet.

After today’s balloting for the GFA Presidential Candidates this is how the Candidates will appear on the ballot paper on 25 October 2019.

The only female in the race Amanda Clinton, Nana Yaw Amponsah and George Ankamah follow in that order.Below is the order:

Dumsor will be back if Mahama wins 2020 polls – NPP