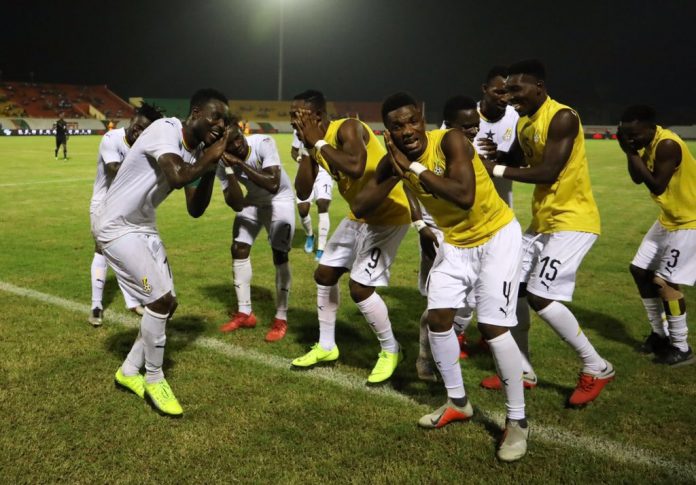 Black Stars B captain Shafiu Mumuni scored all three goals for his side in the semi final of the West African Football Union (WAFU) games against Côte d’Ivoire on Tuesday.

Ghana took the lead against the run of play following a howler from the highly rated Eliezer Ira Tape which allowed in predator skipper Mumuni in to open the scoring for the Black Stars in the first half.

The Ivorians came close seeking for the equalizing goal but the stalwart central defenders Mohammed Habib and Mohammed Alhasan of Kotoko and Hearts respectively came to the rescue of the Black Stars.

Ghana added to their tally just 20 seconds after recess through a beautiful header from captain Mumuni after some great play from Augustine Okrah from the right side of attack.

The in-form Ashantigold attacker completed his hat-trick on the night three minutes after getting the second goal to make it 3-1 for the defending champions.

Abubakari Doumbia pulled one back in the 77th minute through a free kick following an error from the Ghanaian shot stopper Richard Ofori Antwi who had been brilliant on the night.

Ghana are now waiting for the winner of the second semi final game between host nation Senegal and Mali scheduled to kick off at 8pm on Wednesday October 9th in Dakar.

I’m a better brother than the one from Bole Bamboi –...