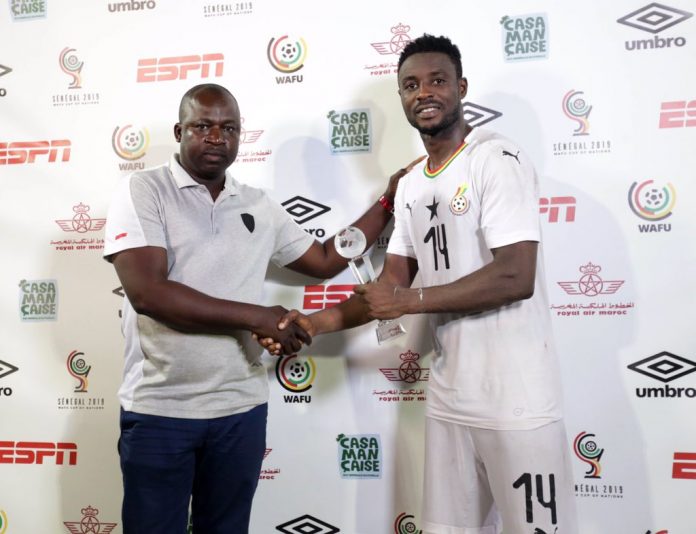 Black Stars B captain Shafiu Mumuni was adjudged the Man-of the-Match award after scoring a hat-trick for Ghana against Côte d’Ivoire in the 2019 WAFU tournament in Senegal on Tuesday.

The captain of Ghana Premier League side Obuasi Ashantigold scored all three goals on the night for the Ghanaian side becoming the first Ghanaian player to achieve the feet at the prestigious tournament and was awarded for his exploits by the penal of the competition.

The brillant attacker became the third Ghanaian player to win the award after compatriots Joseph Esso of Hearts of Oak and Augustine Okrah of Asante Kotoko won the award in the first and second matches respectively.

U/E: I’m a victim of hatred and bias – Kologo Naba