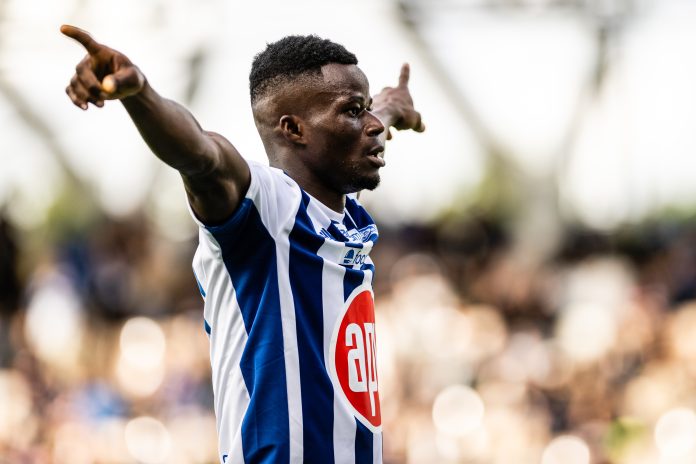 Young Ghanaian forward Malik Abubakari netted his first goal on his debut in the Finnish top-flight on Saturday evening for giant HJK Helsinki at home.

The former Casa Pia forward climbed off the bench to hit the back of the net in his team’s comfortable 3-1 victory over VPS in the Veikkausliiga.

He controlled perfectly from a long pass from Santeri Vaananen and went past his marker to slot a low shot past Teppo Marttinen on the 80th minutes of the match.

The 22-year-old’s goal was the icing on the cake goal for HJK who were leading 2-1 at the Bolt Arena before he was introduced.

The former Charity Stars player switched from Swedish side Malmo FF to HJK a fortnight ago on a loan deal which will keep him at the club till the end of the season.