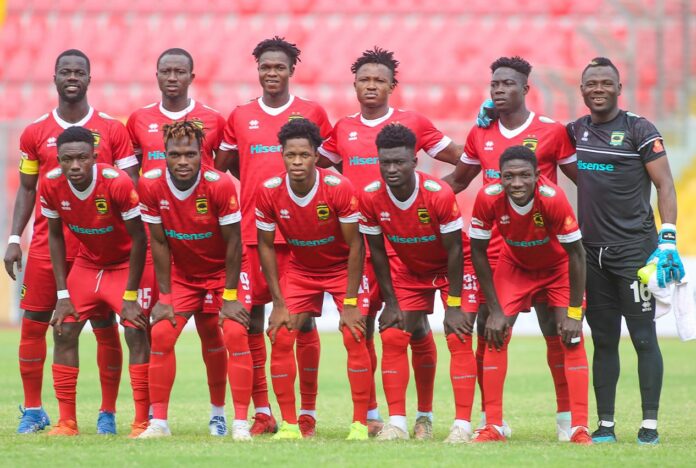 The Reds beat the Yellow and Mauves team again at their backyard to snatch all three points to return to Kumasi with their first win outside the Babayara stadium.

The opening 45 minutes of the match was fairly balanced as both teams failed to find the back of the net despite creating good chances in the game.

Youngster Nicholas Mensah scored with a sublime finish in the second half after weaving his way through the defenders to score the only goal of the match.

This was his third league goal of the season for Kumasi Asante Kotoko SC as it secured them a wonderful away win to send Kotoko top of the league table after six games with 13 points same as Aduana Stars FC who have a game in hand against Real Tamale United FC on Sunday.

Medeama, who are winless in their last four games will face Bibiani Gold Stars FC at the DUN’S Park in their next Ghana Premier League game.

Asante Kotoko will welcome Legon Cities FC in their next game game in the Ghana Premier League at the Baba Yara Sports Stadium in Kumasi.

Man dies after falling from scaffolding