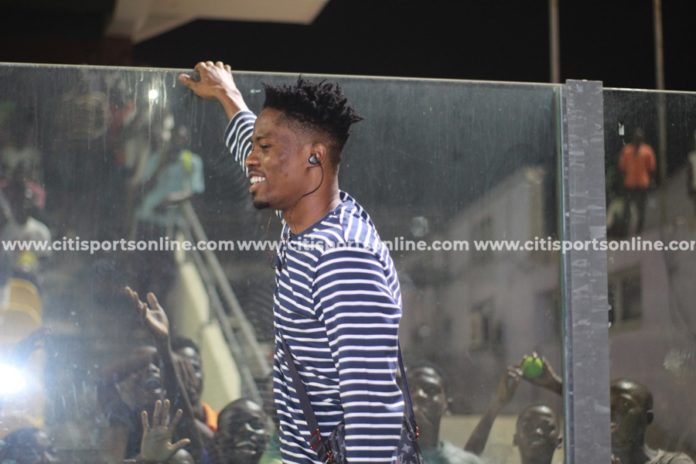 The latest set of games in the 2019/20 Ghana Premier League (GPL) season treated fans to some exciting football and thrilling outcomes, and Daily Mail GH captures the biggest lessons and highlights of the matchday from a slightly peculiar perspective.

Re-branded Legon Cities – formerly Wa All Stars — are easily the darlings of the GPL, especially if they’ve played your team already. Here’s a club so generous that they bring the town’s finest entertainers for a nice pre-game treat (when playing at home) — Kwesi Arthur the latest on show — and going on to share the spoils with the opponent (when playing anywhere) — Ashantigold the latest beneficiaries — even gifting all three points when in the mood. What’s not to like?

With the season in only its fourth week, most clubs reasonably have just single numbers in the league table’s various columns. But Allies have taken a rather uncomfortable lead, already bearing double digits in their ‘goals against’ box. They had conceded seven before Elmina Sharks came devouring on Wednesday, and a 3-2 loss at home means Allies have now scored only half as many goals as they’ve let in. Well, that was fast.

3. IT’S A LONELY WORLD FOR DWARFS

Dwarfs — as far as WWLTW is concerned – are creatures that don’t belong in the real world, which is why we’re not exactly surprised that the GPL club that identifies with these mythical beings seems quite isolated thus far into the season. Ebusua Dwarfs are the only side without even a point to show for their exertions and, after the latest round, have replaced struggling Great Olympics at the foot of the table; even worse, their coach just resigned.

Just when we at WWLTW thought of getting Liberty an easel, brushes, and some paint — seeing how well they seem to have gotten at drawing — the Dansoman-based club rubbished our good intentions with a win away to Dwarfs. Now we’re left wondering just what to get them as a reward. Hmm… 🤔

At a grounds where, in the not-too-distant past, they got thrashed 5-0 (and where most other clubs only do slightly better, anyway), Hearts could pat themselves on the back for holding WAFA in Sogakope. However, when you do consider that they began the week in 11th spot and end it one place lower, the solitary point grabbed by the Phobians on the road doesn’t appear so valuable anymore. Ha!