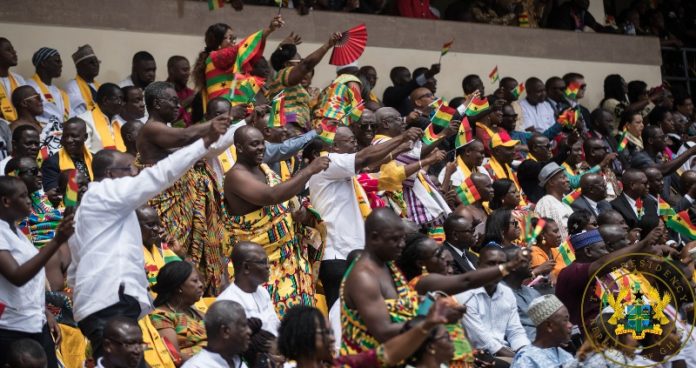 Ghana has been ranked the most peaceful country in West Africa and third on the continent in the 2020 Global Peace Index report.

It will be recalled that in 2019, Ghana obtained the same position in the sub-region, but has improved one step further on the continent as it placed fourth last year.

The index being run by the Institute for Economics and Peace (IEP) also ranked Ghana as the 43rd against 44th last year in the world in its 14th editon.

Ghana’s rise on the rankings was despite Sub-Saharan Africa recording a slight fall in peacefulness on the 2020 GPI, with an overall score deterioration of 0.5 per cent.

Twenty countries in the region improved in peacefulness while 24 deteriorated.

The region’s three largest improvers in peacefulness in the last year were South Africa, Cote d’Ivoire and Equatorial Guinea, all of which recorded improvements of more than six per cent.

Benin experienced the biggest deterioration of any country in the world, falling 34 places in the ranking to 106th on the 2020 GPI.

Iceland remains the most peaceful country in the world, a position it has held since 2008. It is joined at the top of the index by New Zealand, Austria, Portugal, and Denmark.

Afghanistan is the least peaceful country in the world for the second year in a row, followed by Syria, Iraq, South Sudan and Yemen. All, except Yemen, have been ranked amongst the five least peaceful since at least 2015.

Produced by the Institute for Economics and Peace (IEP), the GPI is a measure of global peacefulness. The report presents a data-driven analysis of trends in peace, its economic value, and how to develop peaceful societies.

The GPI covers 99.7 per cent of the world’s population, using 23 qualitative and quantitative indicators from highly respected sources, and measures the state of peace across three domains: the level of Societal Safety and Security; the extent of Ongoing Domestic and International Conflict; and the degree of Militarisation.

Nigeria announces visa on arrival for all Africans after border row