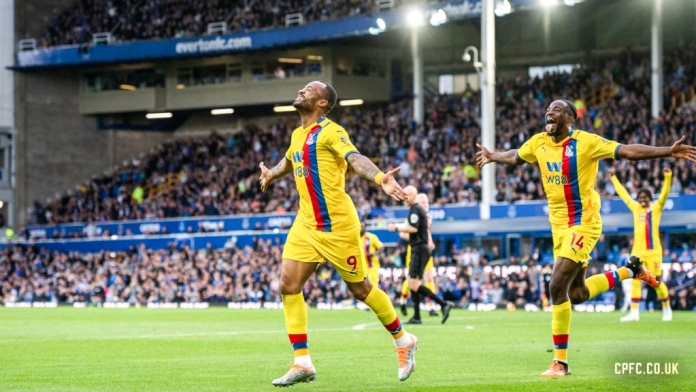 Ghana forward Jordan Ayew scored his first Premier League away goal for Crystal Palace FC at the Goodison Park on Thursday since June 2020.

The Ghanaian international had gone almost two years without scoring away from the Selhurst Park before his bizzare goal against the Toffees in the penultimate game.

Ayew’s goal is his second in the 2021-22 season for Crystal Palace in their 3-2 defeat against Everton in the English Premier League on Thursday night.

His llast away goal in the English Premier League was on June 20,2020 at the Vitality Stadium against AFC Bournemouth.

The visited broke the deadlock of the match when Jean-Philippe Mateta scored first in the 21st minute-mark of the game.

The former Swansea City and Aston Villa forward Jordan Ayew doubled the lead in the 36th-minute at the Goodison Park following a mix-up in defense to give the Eagles a two goals lead.

His goal came as a result of comedy of errors from the Everton defenders including goalkeeper Jordan Pickford.

The Ghanaian forward has made 30 appearances this season in the English Premier League for Crystal Palace and has scored three goals for the Red and Blue Eagles.

Michael Keane pulled one back in the 54th minute before Richarlison de Andrade made the scoreline 2-2 in the 75th minute.

Dominic Calvert-Lewin, scored in the 85th minute to seal a crucial win for Everton who needed the 3 points badly to survive relegation.

The 30-year-old Ghanaian international has three goals and three assists in 30 matches for Palace in the English Premier League this campaign.