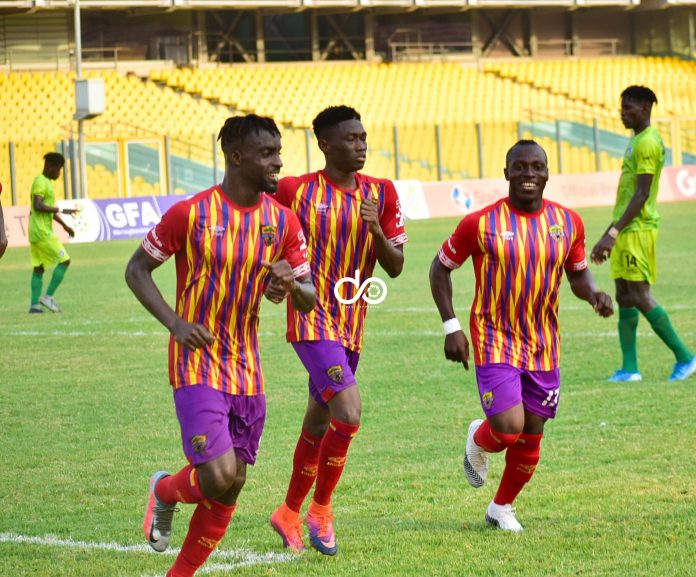 The Phobians have terminated the contract between them and Patrick Razak on a mutual agreement ahead of the 2022-23 season in the country.

Hearts of Oak also confirmed that, the likes of out of favour midfielder and striker Frederick Ansah Botchway And Kofi Kordzi have all been released by the club after mutual agreement was reached by both parties.

Umar Manaf, William Dankyi and Larry Sumaila Ibrahim are all leaving the club before the start of the new campaign.

The club’s official statement reads “Accra Hearts of Oak has officially notified Kofi Kordzi and Ansah Botchway that they are surplus to requirement. Both parties are in the process to mutually terminate their contracts.”

“Meanwhile, the club has also informed Patrick Razak, William Dankyi, Larry Sumaila Ibrahim and Manaf Umar that their contracts will not be renewed.”

“We wish to thank them for their services during their stay with the club and wish them all the best in their future endeavours”.

Hearts of Oak will again play in the CAF Inter-continental championship, but this time in the CAF Confederation Cup competition following their MTN FA CUP triumph over Bechem United FC.