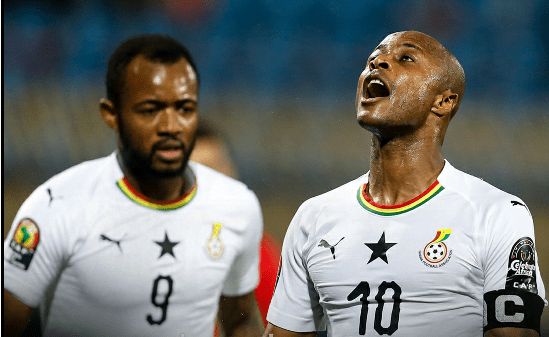 Ghana Captain Andre Ayew says a section of the Ghanaian football fans and enthusiasts who constantly criticize his younger brother Jordan Ayew does that out of hatred.

According to him, those bash the Crystal Palace FC forward knows in their hearts that his brother is a good player and has always demonstrated that whenever called upon.

“Jordan is a quality player and has always performed well for Ghana. This is not the first time.”

“Ayew stated in a Press interview “People who bash him know within their heart that he is a good player.”

“They hate him for nothing. To even play six years in the English Premiership shows his quality.”

Jordam Ayew’s free-kick led to Ghana’s first goal against the Taegeuk Warriors of South Korea on Monday afternoon at the Education City Stadium in Al Wakrah.

He directly assisted Mohammed Kudus first goal and Ghana’s second against the Asian powerhouse at the ongoing 2022 FIFA World Cup tournament in Qatar.

Jordan is expected to be given a starting berth against Uruguay at Al Janoub Stadium in Qatar on Friday with the spot for round of 16 stage at stake.

‘Crude and high-handed’ – Mahama solidarizes with regions under military siege