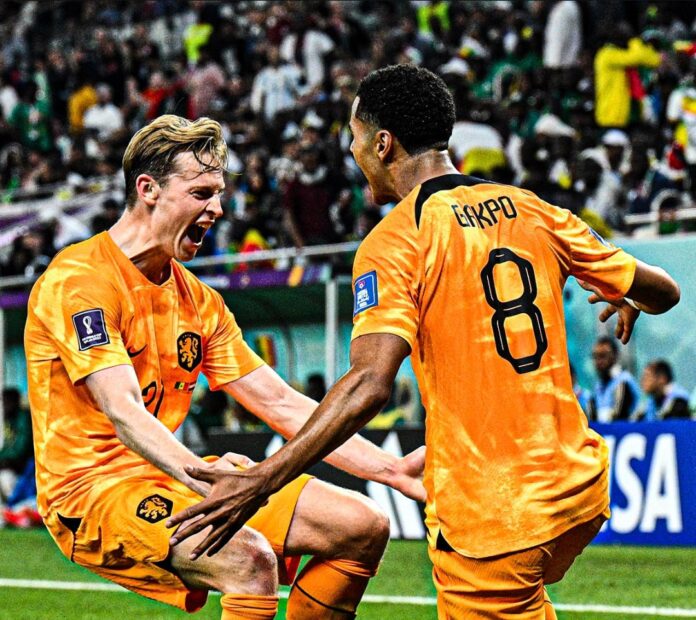 The Maroons of Qatar set a new record at the FIFA World Cup tournament as they became the first host nation to lose all their three games in the group stages in the history of the mundial.

Cody Gakpo struck again for the Oranje as they topped their group with his third goal of the ongoing 2022 FIFA World Cup tournament in Qatar against the host.

The Netherlands avoided any late nerves to seal top spot in Group A at the 2022 World Cup thanks to a straightforward 2-0 win over hosts Qatar.

Louis van Gaal’s side will face the runners-up from Group B in the last 16, as goals either side of the break from the on-fire Cody Gakpo and Barcelona star Frenkie de Jong eased them into the knockout stages.

Gakpo’s fine finish was the standout moment from the first half as the PSV forward netted his third goal of the tournament with a superb finish from the edge of the box.

De Jong’s scrambled close-range goal at the start of the second period ended any hopes of a Qatar fightback as Senegal’s 2-1 win over Ecuador put them through in second place.

The Oranje will face the second placed team in Group B on December 3rd after topping the group A with seven points from three games scoring five goals and conceding just one to go unbeaten.