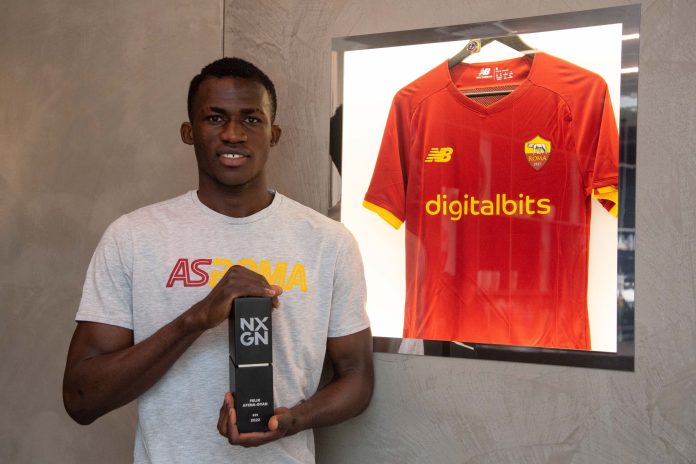 Ghanaian sensational attacker Felix Afena Ohene-Gyan has been named in the Next Generation Top 50 Talents in the World by Goal.Com after a successful start to life in the Italy Serie A.

Felix Afena-Gyan burst into the consciousness of Italian football fans in October 2021, when his two stunning strikes for Roma against Genoa earned him some new €800 trainers from manager Jose Mourinho.

The 19-year-old forward, who arrived at the Giallorossi in January 2021 as a relative unknown in his native Ghana, possesses blistering pace and plenty of skill, making him a nightmare for opposition defenders.

A raw talent, Afena-Gyan’s almost seamless transition into life as a Serie A player suggests that he can continue to make a name for himself at the top of the European game.

He scored six goals in five games in the Italy Primavera for Roma U19 team which led to his first team promotion by Jose Mourinho.

The Ghanaian international has scored two goals in 14 matches in the Italy Serie A for the Red and Yellows.

“I don’t have confidence in electoral body” Tanzania Opposition Leader