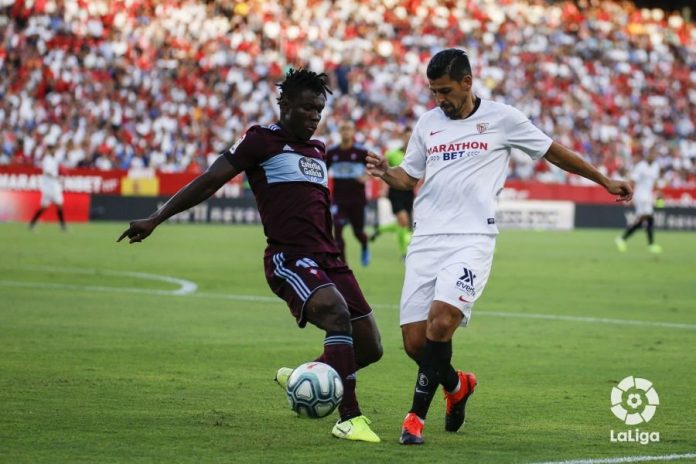 Ghanaian defender Joseph Aidoo produced a masterful performance in his side’s draw at the Estadio Ramon Sanchez Pizjuan at Sevilla on Friday night.

The 23 years old made eight clearances during the game-saving his team from conceding in the first half with a diving header to prevent Dutch international striker Luuk de Jong from connecting a cross from Jesus Navas.

Aidoo made his second La Liga appearance for the club since joining from Belgium Jupiler league champions KRC Genk.

The Ghanaian international thrilled the away fans with vital interceptions, which could have led to goals for Sevilla in the second half of the game to the delight of the travelling supporters.

Black Stars of Ghana could benefit from the former Inter Allies man should he continue to excel in Spain’s top-flight league.