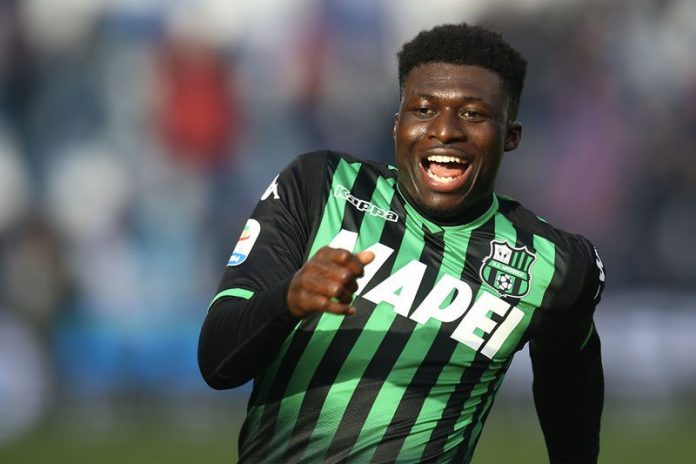 Ghanaian midfielder Alfred Duncan scored his first Serie A goal of the season for Sassoulo in their 3-0 mauling of SPAL in the week 5 round of Serie A matches.

The midfield gem had previously provided three assist for his side in all competitions this season before his team’s outing against SPAL on Sunday morning.

Duncan pounced on a lose ball to score his side third goal of the game with a right-footed finish from the right side of the six yard box to the centre of the goal.

The 26-year-old former Sampdoria midfield dynamo masterminded and controlled the middle of the field allowing his team mates to flourish in attack with his stability display in the heart of the team.