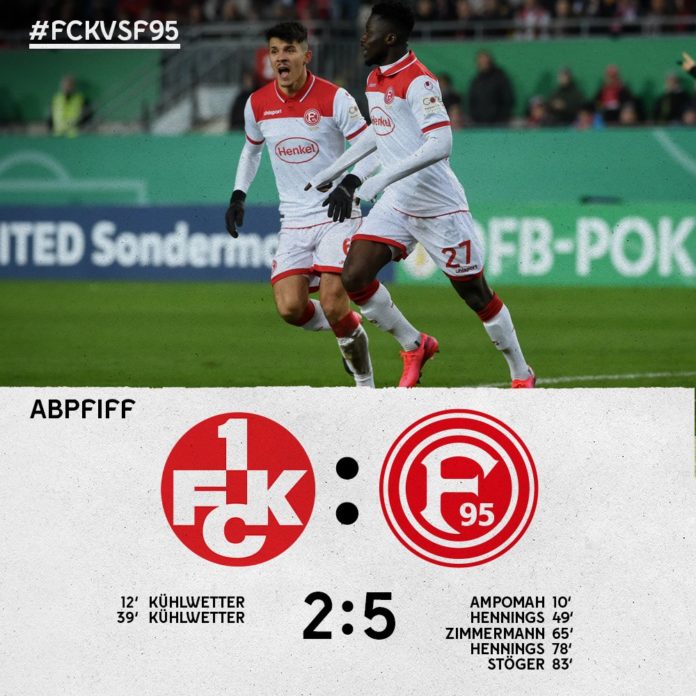 Ghanaian forward Nana Ampomah was on target for Fortuna Düsseldorf on Tuesday.

Both of his two goals have all come in the German Cup.

Düsseldorf dismantled lower tier side Kaiserslautern by 5-2 and the round 16 of the German DFB Pokal Cup to book a place in the quarter finals.

Ampomah opened the scoring in the first half with just nine minutes into the game.

Kaiserslautern home team equalized a minute after going behind and grabbed their second six minutes from the break to make it 2-1.

The Red and Whites came into the second half more purposeful and managed to overturn the the scoreline.

The away team went ahead to win the game with three goals margin despite going into the break 2-1 down.

Düsseldorf’s win now means they will come up against Frankfurt in the quarter finals of the competition.