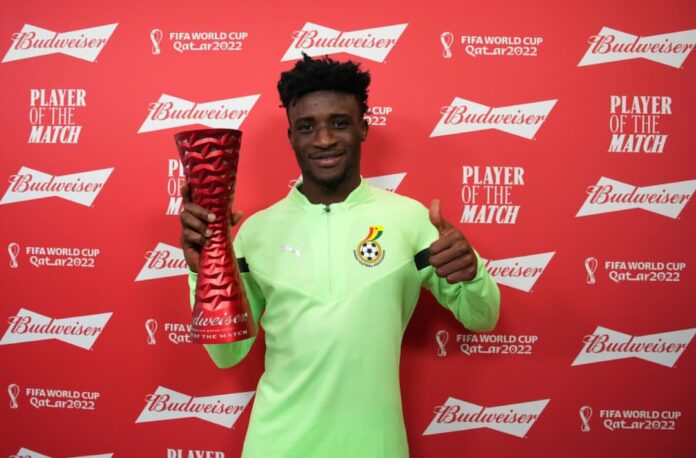 The midfielder scored a brace for for Ghana as they ended their wait for first World Cup win six matches at the Mundial.

The Black Stars revived their hopes of reaching the World Cup knockout stages for only the second time with a thrilling Group H victory after a second-half fightback from South Korea.

The 2010 quarterfinalists impressed in an opening 3-2 defeat against Portugal and went in front in the 24th minute when defender Mohammed Salisu swept home Jordan Ayew’s curling free-kick.

Ghana will play South America side Uruguay in their final Group H game on December 2nd (Friday) at 3pm.