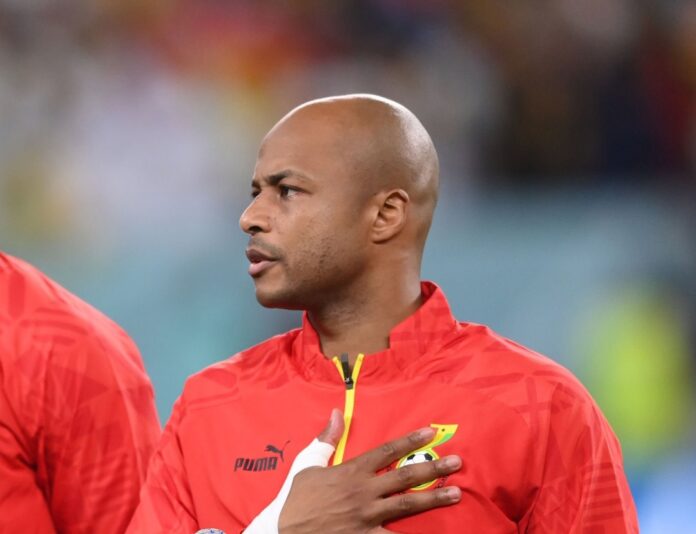 Ghana captain Andre Ayew has reacted to his penalty miss against Uruguay at Al Janoub Stadium in Al Wakrah on Friday evening which caused the Black Stars defeat and elimination.

Ghana exited the 2022 FIFA World Cup tournament in Qatar after suffering a very painful defeat in the hands of La Celeste led by Ghana’s biggest enemy in football, Luis Suarez.

Ayew had the chance to put the Black Stars in the lead when Mohammed Kudus was fouled in the goal area by the Uruguayan goalkeeper.

Unfortunately, Ayew missed the spot kick but believes the lord gives his most difficult battles to those who can fight it and is leaving the bad memories behind him.

“God gives his most difficult battles to those who can fight it”, The Ghana captain said after his penalty miss against Uruguay.

He scored one goal for Ghana in the 2-3 defeat in the opening game of the 2022 FIFA World Cup tournament in Qatar against Portugal and has three goals for Ghana at three world cups.

‘I’m happy to be home’ – Captain Smart now a card-bearing...