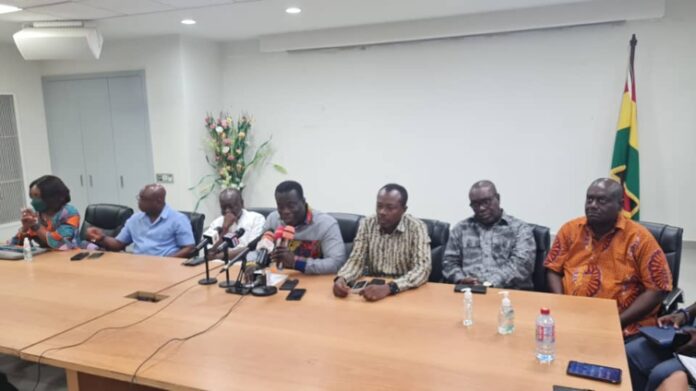 The 2023 base pay for the Ghanaian public sector worker has been increased to 30% after weeks of tussling between labour and government.

The increment takes effect from January 1, 2023, as the government officially scraps the controversial Cost of Living Allowance, COLA.

After refusing the government’s initial proposal of 18%, the public sector workers decided to reduce their initial 60% demand to 58%.

However, after a meeting on Thursday meeting with the government which included Finance Minister Ken Ofori-Atta who has been absent from all the previous meetings, Organised Labour agreed to a 30% increase in the base pay although they had vowed not to back down on their demand.

“The base pay has been increased by 30% for the 2023 financial year…As I said this brings to an end the 2022 COLA of 15% of base pay salary,” Employment Minister, Ignatius Baffour-Awuah announced shortly after the decision was taken.