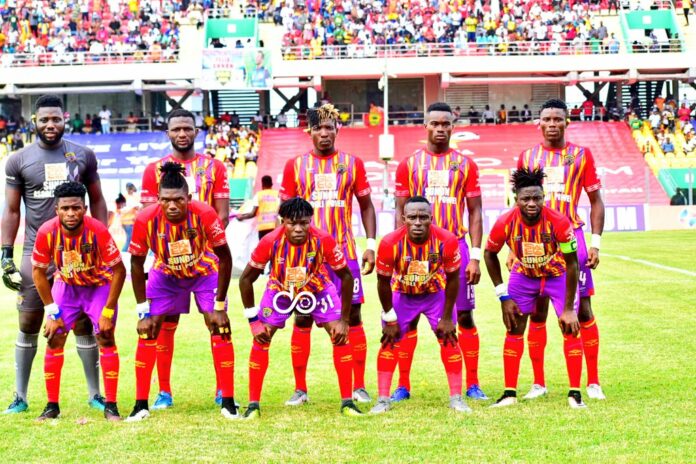 The Ghana U-20 captain scored a spectacular goal in the second half after a goalless first 45 minutes of the match to win the game for the Rainbow Boys in Accra on Sunday afternoon.

Hearts of Oak started the game on a blistering pace and dominated the game with a dazzling display and pushed their opponents to the back foot in the first half.

Captain, Fatawu Mohammed came close to scoring the opening goal inside the first half but his effort struck the upright and left Kotoko off the hook.

Kotoko forced Hearts goalie, Richard Attah into a super save through Patrick Asmah’s free-kick from outside the box and that was the only time the Red and Whites troubled the Hearts defense.

Emmanuel Nettey was injured after his tackle on Fabio Gama Dos Santos and was replaced by Frederick Ansah Botchway very early in the pulsating game.

Hearts pressed and pushed Kotoko back to defend as they continued dominating the game.

Hearts held their back line well and gave Kotoko little chances at the back but substitute Augustine Okrah missed a point blank opportunity to equalize but he fluffed his lines as Richard Attah grabbed the ball thanking his stars.

The game ended 1-0 to the Phobians who now move three points ahead of their arch rivals Kotoko with three games to come.