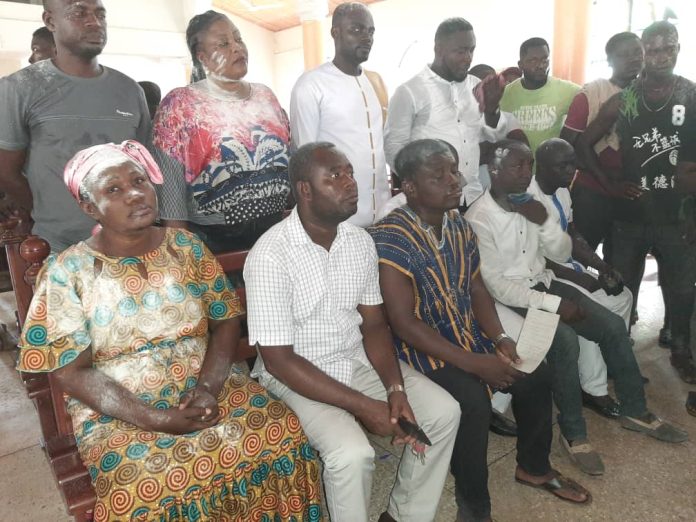 The delegates conference of the New Patriotic Party (NPP) in the Fomena Constituency to elect new regional party executives came off on Wednesday (May 4, 2022) in spite of an interim injunction against the exercise.

The election, which took place at the St. Hubert Roman Catholic Church at Akrokeri had about 356 party delegates electing their preferred candidates for all 10 constituency executive positions, including that of the chairmanship slot.

The election started hours before a High Court in Kumasi granted an injunction restraining the New Patriotic Party (NPP) from holding its elections in the Constituency.

They claim that some individuals who had automatically forfeited their party membership after sponsoring an independent candidate during the 2020 general elections were allowed to pick nomination forms to contest various positions.

“The plaintiffs aver that all efforts to compel the Defendants from disqualifying these people from contesting the elections have proven futile.

The plaintiffs have been pushed to the belief that aforementioned people can be stopped or disqualified from contesting in the aforementioned 1st Defendant only with the help of this Honorable Court”, their writ read in part.

They want the court to among others declare that any member of the New Patriotic Party who forfeits his membership cannot contest elections.

Granting the orders of the plaintiffs on Wednesday (4 May 2022), the court presided over by Justice Patricia Quansah asked the party not to go ahead and conduct the Constituency elections.

She then adjourned the case to 18 May 2022 for the substantive case to be heard.