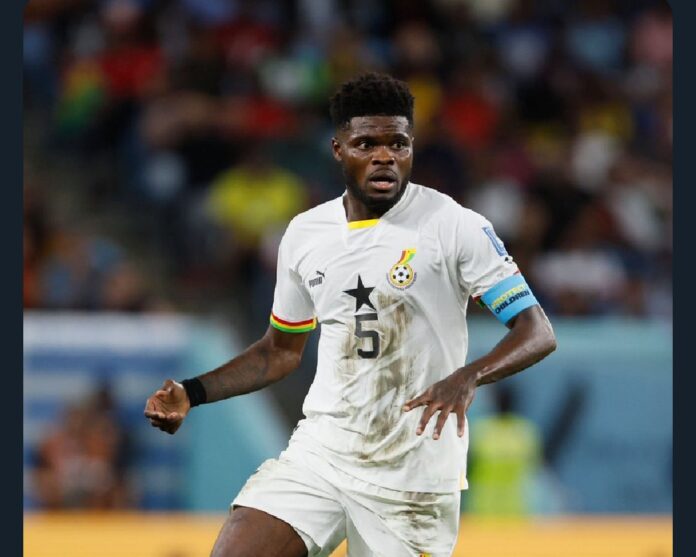 Arsenal FC darling midfielder, Thomas Partey has apologized to Ghanaians for the shambolic performance at the 2022 FIFA World Cup tournament in Qatar.

The midfielder also thanked Ghanaian fans both home and abroad for their massive support and love to the Black Stars team during their stay in Doha for the FIFA Mundial.

According to him, it was the biggest wish of the Black Stars team to give Ghanaians something to cheer about but unfortunately it didn’t go as they planned.

“It was our biggest wish to give Ghanaians something to cheer about but unfortunately it didn’t go as we wanted.”

“I want to say a huge thank you for the unconditional support from home and across the world.”

“With the support of God we will come back stronger.” He wrote on Twitter.

Partey came under severe scrutiny and criticism following his performances at the World Cup which was termed and described as average by so many pundits and football enthusiasts.