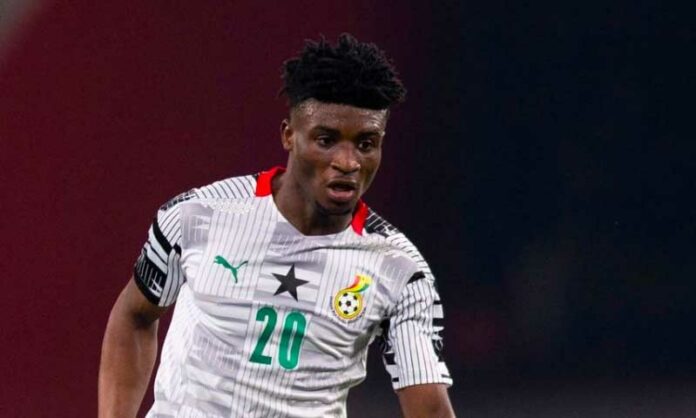 Ghana’s biggest rising star player Kudus Mohammed says the feeling was unbelievable for him when he scored his debut Black Stars goal for Ghana.

The young left-footed playmaker scored a sumptuous goal for Ghana against South Africa in qualifiers at the Cape Coast stadium which handed Ghana a very comfortable win.

The youngster, then a teenager and playing for Denmark Superliga side FC Nordsjaelland justified himself in the Black Stars by scoring on his debut in the team’s 2-0 win over South Africa.

“I am motivated to do more because I believe I can do more than I am doing now. There is still a part of my game that I can improve.” Kudus will look to make those words count when the Black Stars take part in the 2022 FIFA World Cup.

“For me to make my debut and score, the feeling was unbelievable and most importantly we won,” he said when quizzed about playing his first game of the Black Stars.

He has gone ahead to establish himself as one of the most important players for the senior national team of Ghana and played a key role in Ghana’s qualification to the 2022 FIFA World Cup tournament in Qatar.

Ghana will start their 2022 FIFA World Cup campaign with a game against European giant Portugal today at Stadium 974 in Doha.