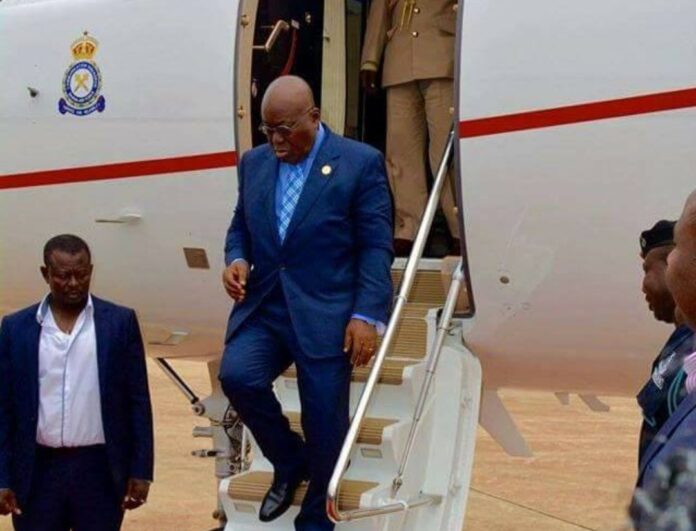 The first gentleman of the land touched down in the middle east country ahead of the Black Stars opening game at the 2022 FIFA World Cup tournament in Qatar which started last Sunday.

Akufo-Addo left Ghana on Wednesday evening with his entourage with the aim of motivating the Black Stars who face a tough task against the European giant Portugal in Group H opening game on Thursday afternoon in Doha.

Despite Portugal having big names like Cristiano Ronaldo, Bruno Fernandes, Bernardo Silva of Manchester City fame among others in their setup the unknown and in inexperienced Ghana team hopes to cause an upset today.

The Ghanaian president will meet the players, technical team and officials this morning and tell them the importance of this game in the heat of global economic recession as Ghanaians back home are hoping to at least smile despite the economic hardship written all over their faces.

Meanwhile, about 500 supporters have landed in Qatar to team up with Ghanaians living in the country to support the Black Stars on Thursday.

It was a mistake to deport Galamsey Queen Aisha Huan –...