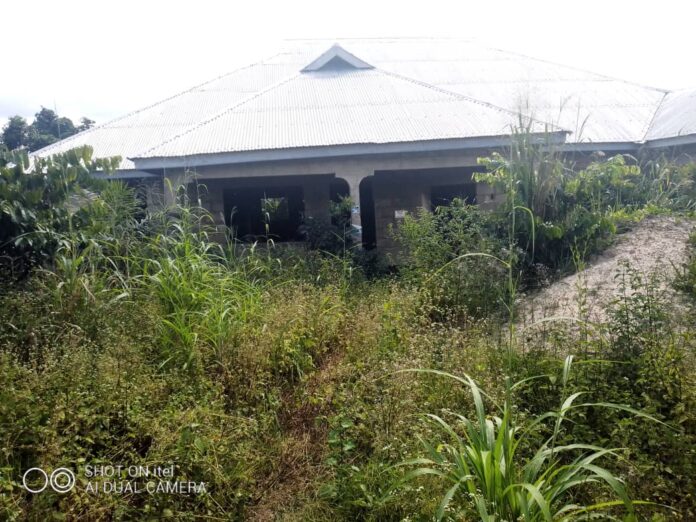 Crime scene investigators found the lifeless body of 19-year-old Paul Osei on Wednesday, in an uncompleted building, located in a secluded area at Pramso, about 200 meters from his school.

Reports of his whereabout had come up when school authorities discovered he could not sit for his last paper in the just ended West African Senior School Certificate Examination (WASSCE) on Wednesday, October 6, 2021.

There were no marks of assault on the body to suspect foul play, police at Kuntanase in the Bosomtwe District told Dailymailgh.com.

“We don’t know what actually caused the death. So we took the body to the Komfo Anokye Teaching Hospital (KATH) morgue for preservation”, a Commander at the Kuntanase District Police Service, DSP Eric Akwaboah told dailymailgh.com. “Fortunately we’ve been able to locate relatives of the deceased and we’ve also contacted authorities at the Jachie Pramso SHS and they have confirmed he was a student there”.

Police suspect the deceased may belong to a gang known for their nefarious activities at that enclave, including drug peddling.

“When the police went [to the scene] they found a matches box beside the deceased and we hear that the uncompleted building is where people usually go to smoke and do other criminal acts”, the Kuntanase Police Chief stated.

“Our checks reveal that he is a drug addict and authorities of the school had put in efforts to stop him. But for now we are investigating to uncover the circumstances surrounding his death”, he added.

It is gathered that the police will intensify patrols at that enclave to ward off suspected criminals in the area.

The Jachie Pramso Senior High School was in the news last month after its headmaster, Francis Donkor reportedly assaulted a final year student of the school over misconduct.

The girl reportedly suffered bruises around her body forcing the Ghana Education Service (GES) to interdict the headmaster.

Election 2020: NDC will protest while in court – Mahama