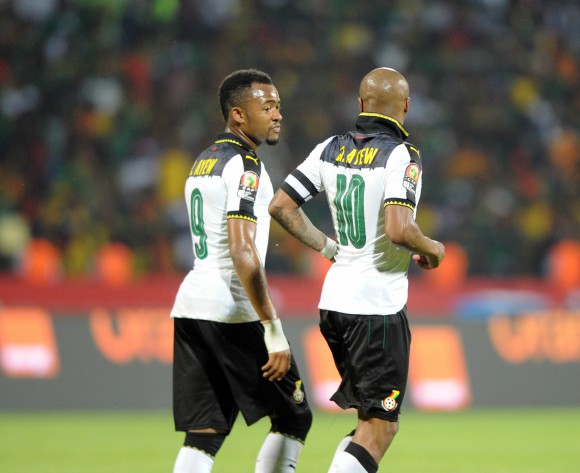 It’s taken all of eight months, but Charles Akonnor has finally done what everyone had wished — and feared — he’d do as head coach of the Ghana national team: touch the captaincy.

No, not the flaming armband itself — he dared not — and Andre Ayew remains skipper, but the succession line has been reviewed and revised. Ageing and increasingly peripheral Kwadwo Asamoah — No.2 for a little over a year — has been dropped, replaced with Thomas Partey, the brightest Black Star right now.

Right behind Partey stands Richard Ofori, the first name on the team-sheet these days and a figure who has helped anchor the rebuilding process that started after the 2017 Africa Cup of Nations fiasco. Partey is 27, and Ofori clocks that age in two months, so the Black Stars’ leadership needs — unless, of course, there is another storm coming up — are sorted for the foreseen future.

What isn’t — and is, in fact, a little worrying — is how Akonnor’s picks appear to rubbish the belief that seniority should count for something and, more specifically, that the current Stars captain and his new first deputy should have had the same surname. You see where I’m taking this, don’t you?

There is hardly a more undervalued player in the Black Stars, since his senior debut a decade ago, than Jordan Ayew. Now, many would argue that Jordan hasn’t exactly turned out the sort of player that had been imagined when he first broke out. True. But another truth, no less valid, is that he has turned out quite alright and, on the back of his recent rise to prominence with Crystal Palace in the Premier League, Jordan has emerged as one of Ghana’s top performers — an Ayew, finally, in his own right.

His international career has smoothened out, too, and there are signs that Jordan is now a more mature, rounded figure. A share of the captaincy would only have consolidated that new, elevated profile. Much as all that counted in his favour, something else — something infinitely heavier — must have weighed against Jordan’s prospects and, ultimately, crushed them. To find that, look not beyond the name behind his shirt — the very one which, as is the silly claim of some, has pushed him and his brother, Andre, thus far in their international careers.

If being of the rich Ayew footballing stock has helped either player – and I’m not saying it has — it’s probably Andre. Jordan’s own path to the top, and his shine on getting there, is somewhat obscured by those who came before him — a legendary dad, first, and then an older sibling who is also celebrated, even if a little less.

But despite all the adoration that bubbles forth on these shores for Abedi Ayew — patriarch of the Ayew clan, and the greatest player most living Ghanaians have ever seen — not many are enthused by the thought of his offspring ‘taking over’ the Stars. Andre ‘supplanting’ Asamoah Gyan as captain ahead of the Afcon last year seemed to confirm the suspicions of many; Jordan taking the beloved No.3’s place as attacking spearhead at the finals only felt like extra fodder for the conspiracy theorists.

Those moves by Appiah were widely criticised, needless to say, even if hindsight might eventually vindicate him. That, apparently, wasn’t a risk Akonnor was willing to run — an unpopular call before he even oversees a game? No thanks! — and so it all came down to this: Ghana Akonnor just couldn’t afford to have two Ayews skippering.

Jordan would have found the captaincy a nice – albeit belated – gift for his 29th birthday, marked four days ago. Ultimately, though, it proved a wish too expensive for Akonnor to grant.