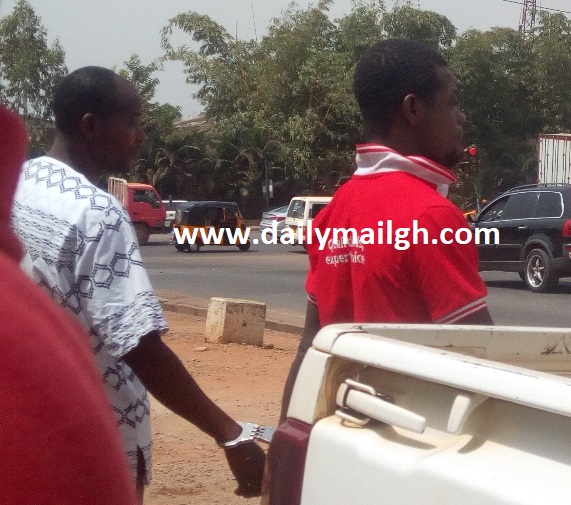 The two suspects, who were arrested in connection with the alleged murder of a community health nurse at Sewua in the Ashanti Region, have been remanded again by the Asokwa District Court.

The two Dominic Fosu alias Creative and Kofi Gariba alias Amanya were picked up by Police as part of their investigations into the incident.

At a second appearance on Wednesday, Prosecutor, Chief Superintendent Kofi Blagoge told the court that investigations are still ongoing and other other suspects are being pursued in connection with the incident.

A bail application by lawyer for the first accused person, Dominic Fosu was not granted by the court, presided over by His Worship Korkor Achaw Owusu Esq.

The case has consequently been adjourned to March 11, 2020.

Lawyer for the the first accused person, Bismark Nsiah-Aboagye told dailymailgh that he will proceed to the High Court to apply for bail for his client.

“We went to court today and I put an application for bail. I advanced my argument that he will certainly avail himself for the trial to commence…” , said Lawyer Bismark Nsiah-Aboagye.

“Ordinarily somebody who has committed an offence by conduct will not show up at the police station. In fact I put up a very cogent argument before the court but the presiding judge and the prosecution disagreed with my application”, he stated.

Family of the victim were also in court to observe proceedings.

The late Eshun, 37, was found lifeless at Ayuom in the Bosomtwe District of the Ashanti region on February 4, 2020 when she failed to return home after work.

A social media campaign dubbed, “#JusticeForRuthEshun” has since been launched to arrest and prosecute the perpetrators.

While the Ghana Health Service is urging calm the nurses have threatened to withdraw their services citing safety concerns.

Ghana’s Parliamentary Select Committee on Health has also appealed to the Speaker to invite the Inspector General of Police and the Minister of the Interior to appraise the House on the development.

The deceased has since been laid to rest.