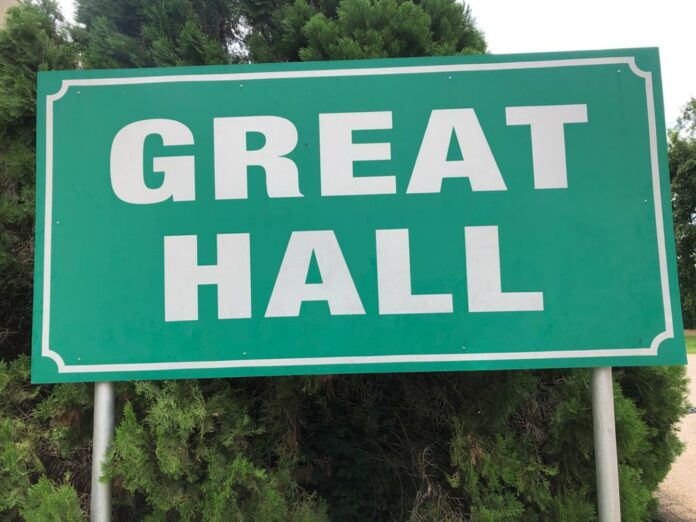 A violent clash between members of the University Hall [Katanga] and Unity Hall [Conti] on Sunday during the vetting of SRC aspirants informed this decision, management has said.

The students, during the violence destroyed among other things, chairs, glasses, and flower pots at the University’s Great Hall.

“The University management has suspended all SRC activities leading to the SRC elections until further notice,” Dr. Daniel Norris Bekoe, the University’s Relations Officer said in a Citi News interview.

He added that a committee would be set up on Monday, July 5, 2021, to investigate the matter to ensure the appropriate sanctions are meted out to persons involved.

“A committee will be constituted tomorrow, [Monday], to investigate the actual cause of the event, and then make appropriate recommendations for the consideration of management. The University cannot sanction anybody unless a committee comes up with such a recommendation for the consideration of the Vice-Chancellor. So we are investigating to find all those involved in the clash.”

University authorities have so far confirmed that only one of the students officially reported to the University Hospital to undergo medical treatment for the injuries he suffered.

The affected student is said to be in a stable condition.

A separate statement issued by the school assured parents and stakeholders of the University that there is calm on campus and that students are carrying out their normal academic activities peacefully.

‘The University will continue to provide a safe and secure environment for productive academic work”, it added.

“It all started with the usual processions by the two halls in support of their various candidates from the halls to the Great Hall before the vetting starts. When the ‘Katangees’ arrived, there was some sort of confusion between them and the Continentals. One gentleman believed to be part of the management team of an aspirant from Conti was preventing the ‘Katangees’ from entering the Hall. This caused the first chaos between the two sides”, an eyewitness who pleaded anonymity narrated to Citi News.

The ‘Katangees’ suspected the said gentleman was from Conti, and allegedly beat him up for preventing them from entering into the Great Hall with their procession.

It also alleged that the yet-to-be-identified management team member of the aspirant had a bottle in his possession that broke and cut his fingers and other parts of his body – injuring him during the altercation.

The second leg of the clash was when the Electoral Commission decided to postpone the vetting due to the rowdy nature of the two sides.

While the vetting of one of the aspirants who is said to be neither from the camp of Katanga nor Conti, but a top aspirant in the elections was in session, the process was being disrupted by the excessive noise from the chanting of both the Conti and Katanga procession groups who had massed up outside the auditorium.

“……it is believed that the Continentals first threw a bottle of urine in the direction of where the ‘Katangees’ had gathered. So the ‘Katangees’ also retaliated. The exchange was followed by the destruction of chairs in the great hall,” the source mentioned.

“The fight broke, It was very bizarre. Someone even threw a machete, which is suspected to have hurt someone. There were knives and other weapons that were used to attack members of the halls involved. I can say there are both minor and major injuries that need urgent medical attention.”

In the meantime, security personnel on campus have moved in to restore calm and prevent further destruction of the school’s property.

Both Conti and Katanga are notorious for students’ rivalry, which have in most cases led to chaotic disturbances.

In the past, feuds between these two male halls of the residence resulted in injuries, a situation that is a major concern for school authorities.

There are those disputes involving the two factions when the police had had to arrest some of the perpetrators.

Popular of the Katanga-Conti riots was in 2018 during the school’s attempt to convert the two halls into a mixed one.

The students’ riot and subsequent destruction of properties, estimated at over GHc1.6 million. It also led to the temporary closure of the university.

Some of the aggrieved students and alumni had described the school management’s decision to convert the all-male halls into unisex ones as an attempt to promote a culture of silence at the school.

But management said the move was to improve the enrollment of more women in the school.

The alumni even petitioned President Nana Akufo-Addo, asking him to intervene in what they described as the dilution of their hall traditions.