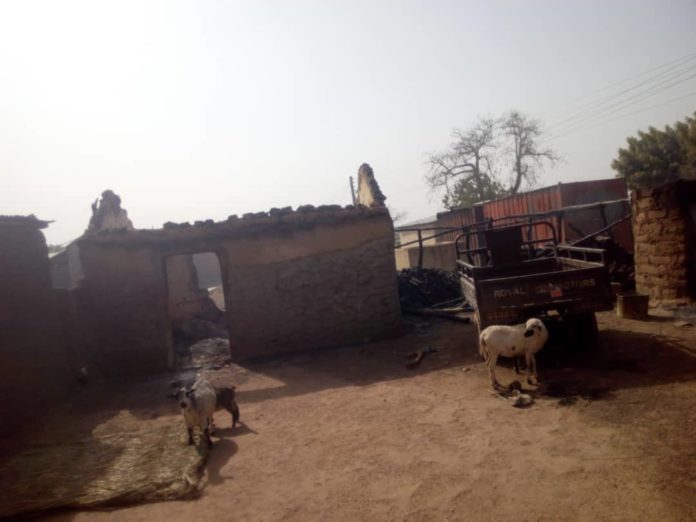 One person has been confirmed dead in fresh violent attacks at Kpatinga in the Gushegu District of the Northern Region.

The deceased has been named as 25-year-old Alhassan Abass who may have been shot in a gunfire attack on Sunday.

The Ghana Police Service said one other person has been wounded in the violence that saw many houses in flames.

Three persons have also been picked up bringing the number of arrests to five, the police said.

The violent which started on Friday, January 24, 2020 is chieftaincy related, the Police in the Northern Region said in a brief statement.

Two feuding groups are holding themselves as the rightful claimants to the Kpatinga skin who have the right to enskin subchiefs.

Witnesses say a sub-chief died and his funeral started last week and was expected to be completed on that fateful day. As part of the tradition, relatives of the deceased sub-chief needed to go to the chief of the area for some rituals to be performed.

Reports said when the family visited the palace, one of the contenders who is the reagent of the area instigated the confusion.

At least 10 houses were set ablaze in the ensuing melee.

Spokesperson for the Northern Regional Police Command DSP Yusif Tanko who confirmed the development, however, said the situation is under control amid tensions.

Four persons who sustained injuries in the Friday attack have since been discharged.

Earlier police said a joint police and military team had been deployed to the Northern Region town to maintain calm.

“Currently both police and military presence are on the grounds ensuring that peace prevails… Police and military presence will continue to be in the community till such a time that we think it will be safe to leave. Investigations are ongoing to identify more culprits and have them arrested,” said the Northern Region Police Spokesperson, DSP Tanko.

Meanwhile, the Northern Regional Security Council had earlier visited the community and had held talks with the two factions.

Northern Regional Minister, Salifu Saeed, stated that the perpetrators of the Kpatinga shooting incident would not be spared.

He said “we are not going to allow that. We won’t allow anyone to take the security of Dagbon for granted.”

He added steps have been taken to beef up security in the community to prevent further clashes among the feuding groups.

“Do not allow people to disturb the peace in this community”, he warned.

Ghana Post MD Most Outstanding CEO Of The Year 2019 For...