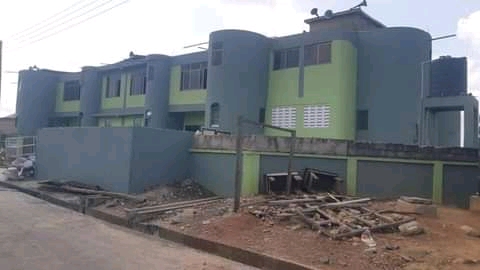 A mosque at Sabon Zongo near the Ashanti Regional capital, Kumasi, was closed down to avert a possible clash between supporters of Mallam Ishmael Kassim and Abdul Razak, as to who should preach after Friday prayers.

The Mallam Abdul Samed Mosque and its surroundings were heavily patrolled by armed policemen following a directive by the Manhyia Divisional Police Command, to ensure peace and security within the area.

The misunderstanding ensued when Mallam Ishmael Kassim turned up to offer Islamic preaching but that was fiercely opposed by one other faction who described his presentation as distasteful and a recipe to create tension.

As the other preacher, Mallam Abdul Razak, was also gearing up to preach, it created a chaotic scene after a heated verbal confrontation amongst the two factions.

Witnesses say the timely intervention by the police to disperse the congregants prevented a bloody clash.

“New padlocks were used to lock up the gates to the mosque”, a police incident report said. “The two preachers were arrested and cautioned”.

It is gathered that the tussle at the mosque had existed for the past three-decades. Residents fear the situation could escalate if authorities do not intervene.

‘Let’s come together to fix the country, I can’t do it...