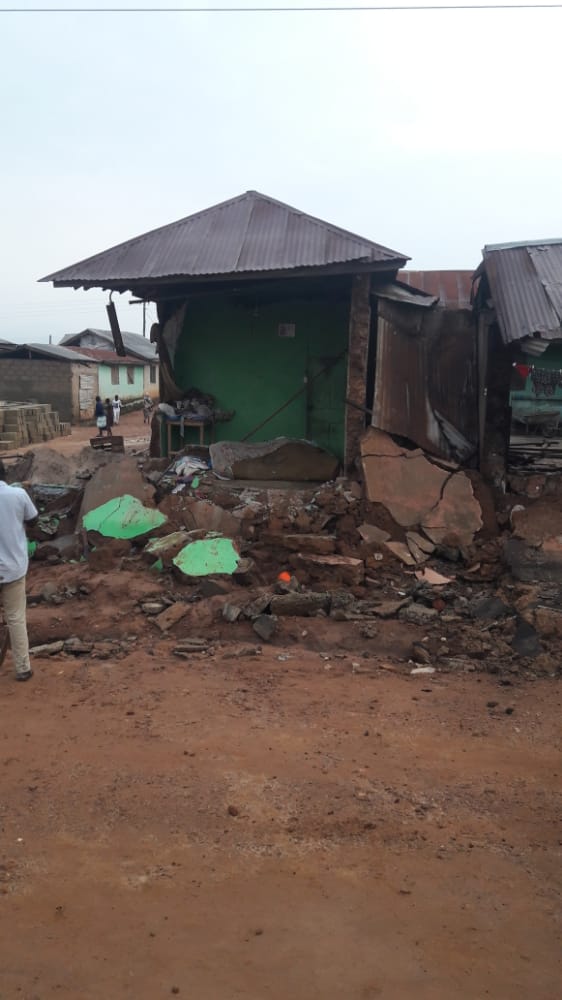 A mother and her three-year-old daughter were killed after their house collapsed due to heavy rains Tuesday night, locals told dailymailgh.com.

The incident occured at about 10 p.m. when 27-year-old, Maame Akua and her children were sleeping in her Kasaam home located in the Kwabre East Municipality of the Ashanti Region.

The woman and her daughter, Maame Ama died at the Zion Praise Hospital located at Kona, where they were admitted for treatment. Her eight-year-old son, however survived with life-threatening injuries.

“We later discovered that the boy was trapped under the debris and so we managed to pull him out and rushed him to the same hospital where he is receiving treatment”, Assemblyman for the area, Attakora Amaniampong who confirmed the incident dailymailgh.com said.

Officials of the National Disaster Management Organization (NADMO) were yet to visit the scene, Attakora said adding: “but the police have been notified of the development”.

It is expected that the building would be demolished as residents say it has now turned into death trap.

The Ashanti has been experiencing rains amid flash floods which result in loss of life and property.

In May, a couple was killed when they got trapped in their room when a wall collapsed during heavy rains at Ahenema Kokoben in the Atwima Kwanwoma District.

Weathermen have warned of heavy rains.