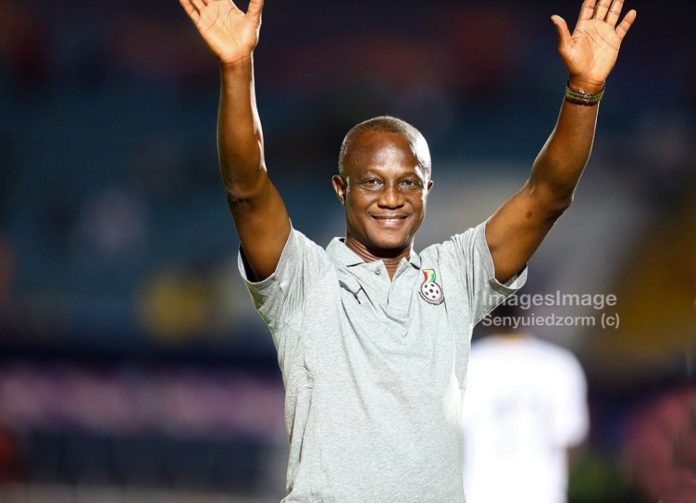 The end of 2019 brought the conclusion of Kwasi Appiah’s second tenure as head coach of the Black Stars, Ghana’s senior national team. It’s almost certain he wouldn’t be coming for a third bite, with the new Ghana Football Association administration obviously not keen to retain the former Asante Kotoko left-back at post.

Appiah’s two reigns wouldn’t be remembered too fondly, however, but only because of prejudices against the man brewed mainly by the media and swallowed whole by a majority of Ghanaians. Daily Mail GH sets about busting those myths; here’s why you shouldn’t believe that Appiah was . . .

You may not regard Appiah as being an elite coach, and you’re probably right, for no elite coach comes for the price of $30,000 a month. True, that’s far more than most Ghanaians make, yet it barely registers on the international scale. England boss Gareth Southgate is now on a reported salary of £3 million, but if that’s too great a comparison to make, let’s move a few doors eastwards to distant neighbors Cameroon who paid Dutchman Clarence Seedorf — yes, the very guy Appiah was bashed for holding to a ‘mere’ draw at the 2019 Africa Cup of Nations — triple what Appiah took home monthly; Ghana’s GDP per capita, mind, is actually superior to Cameroon’s. And for those so keen to juxtapose Appiah’s failure at said tournament with title-winning Djamel Belmadi of Algeria, well, you’d find it worth noting that the latter earned twice more — and he’s a local, just like Appiah. That’s not to say a coach’s pay should necessarily correspond to his output, of course, but you do get the point.

You don’t enjoy a remarkable career playing for Ghana’s national team and the country’s greatest club — some of it as skipper — without having nerves of steel; and you certainly don’t take up the challenge of coaching the Stars twice if you lack the balls for it. Appiah may not be the most animated of coaches when on the touchline, but players have testified to how well he gets his point across away from the cameras; football, after all, is no shouting match. He made some controversial calls in both spells at the helm — like omitting the Ayews for a while and, more ‘notoriously’, stripping Asamoah Gyan of the team’s captaincy — that have required much boldness. If that’s characteristic of a weak personality, the Stars have never had a stronger gaffer. Besides, as Appiah’s memoirs — to be launched later this month — would explain in great detail, “leaders don’t have to yell.”

Then there are those who would argue — rather ridiculously — that Ghana’s football was listless under Appiah, almost a reflection of the 59-year-old’s perceived public image. Again, nothing could be farther from the truth. Under Appiah, Ghana played some of its most exciting football in recent memory. It was Appiah who switched things up from the generally guarded era of Serbian tactics, and even after the flow stagnated again in the latter days of successor Avram Grant, Appiah stepped in once more to thaw the Stars’ style. Appiah’s Ghana hit opponents, big and small, for five and six goals — even seven, when the mood was right. True, the goals didn’t always come so thick and fast — even Pep Guardiola and Jurgen Klopp have to grind results out sometimes — but, overall, Appiah was anything but boring. Even in games that Ghana didn’t win, the football could be breathtaking — like the clash with Germany at the 2014 Fifa World Cup which made CNN’s top 10 contests of that tournament and was described by another major portal as “an end-to-end classic” (more on that later).

For seven years, Appiah has been a holder of CAF’s License A certificate, the highest qualification the continent’s football governing body hands out to coaches. Yet he’s been tagged as ‘underqualified’ for the Stars job by people whose only knowledge of football tactics — if any — have come from playing Football Manager and FIFA/PES video games

Across his two stints handling the Stars, only once did Appiah fail to march Ghana to a major tournament. The notable exception was the 2018 Fifa World Cup which, by the time Appiah succeeded Grant in mid-2017, wasn’t so promising a prospect for the Stars. Appiah’s inability to win either Nations Cup he appeared at — Ghana’s route to glory terminated twice by shootout defeats — was deemed ‘disastrous’, but I’d rather reserve that adjective for Ghana coaches of yore who failed with better teams and bigger opportunities.

Well, let’s not pretend we don’t know the real cause of Ghana’s underwhelming show at that Mundial, for which reason the Commission of Inquiry set up to investigate the team’s poor display ‘exonerated’ Appiah. Yet even there, on the single occasion when Ghana truly turned up, a spectacle was sold that testified to Appiah’s understated quality — in the opinions of some experts, anyway. Again, reference would be made to the Ghana-Germany epic which Glenn Moore, a writer for British online news portal The Independent, described as being of “high [technical] quality”; Jack Pitt-Brooke, on the same platform, hailed how Appiah’s tactics “prompted Joachim Löw to change to 4-2-3-1.”

Surely, there could be no greater compliment to Appiah from Löw — an opponent $3,350,690 richer annually at the time — in the only game that saw eventual champions Germany fall behind and not win. Need I say more?

CODE 233: Dancing With the Cars

Photos: Asantehene in US to address UN General Assembly

Up & Running: Ati-Zigi Staking Claim for Ghana No.1