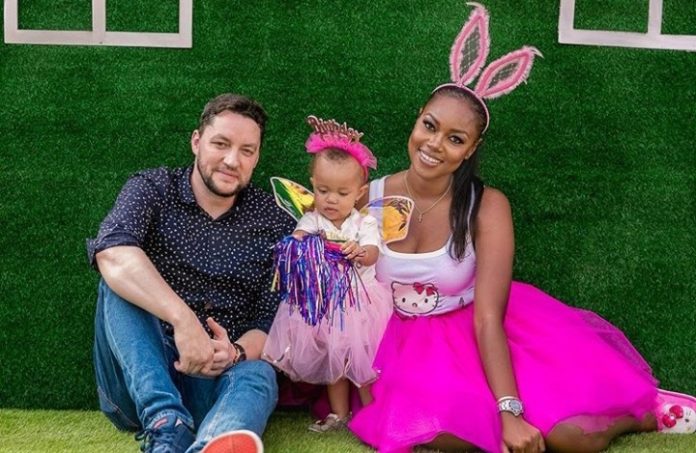 UNTIL actress, Yvonne Nelson had her baby Ryn, a little over a year ago, she had no idea how tough motherhood could be. Well now she does and she says being a mother is not easy especially for someone like her who is very busy.

“It’s been almost a year and some weeks and I can confidently say it has not been easy at all. The waking up at dawn when the baby is awake and all the things that come with motherhood is not an easy task,” she told Akwasi Aboakye on Peace FM’s Entertainment Review on Saturday, February 9.

According to Yvonne, she has come to respect her mother looking at the challenges that come with motherhood.

“I have come to respect my mother after being a mother. She raised three children and gave us the best of training. The love for her has increased,” she added.

Despite motherhood being tough, Yvonne Nelson said she has learnt great lessons out of it.

Asked if she deliberately decided to have a baby with a white man, Yvonne Nelson said she was in love with her baby daddy, Jamie Roberts, and did not hesitate to keep the baby when she found that she was pregnant.

“Jamie Roberts is such a lovely guy and he treats me so well. I love him for who he is but I did not get pregnant for him because he is white.

“My attention was not on whether I wanted to date a white man or a black man but a man who can love me and Jamie Roberts has all the qualities,” she said.

Talking about her stance on marriage, Yvonne said she doesn’t believe in rushing into marriage but at the right time she will marry.

“Most young girls go into marriages and in some few years want to quit. If you are sure of each other and ready to settle why not,” she said.

Yvonne Nelson will be premiering her newest movie titled, Sin City, which at the Accra Mall on February 14. The film tackles some of the difficulties in marriage and relationships.

Convert GBC into a zoo for tourist attraction – A Plus