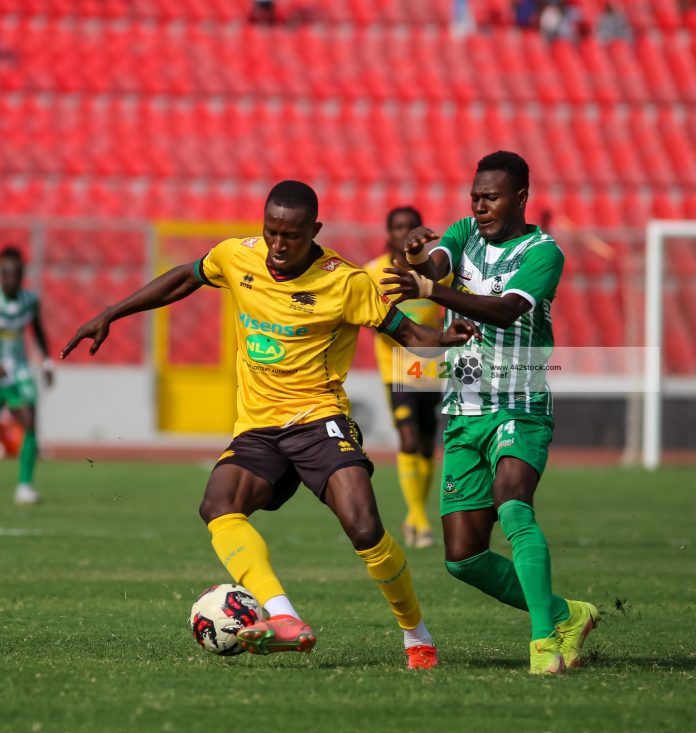 Green and Whites Boys got the better of the Red and Whites once again this season as they eliminated them from the MTN FA Cup Competition with a hard earned narrow 1-0 victory at home to advance to the next round.

Inside the 26minute mark of the match, Baba Yahaya took full advantage of a mistake by center-back Andrews Appau to put the hosts 1-0 up with a fine strike.

Imoro Ibrahim wasted a good opportunity when Kotoko were awarded a free-kick in a dangerous place as he hit the human wall.

Three minutes later, George Mfegue was presented with a great opportunity to score but the Cameroonian’s shot was too feeble to beat Frank Boateng in goal.

Inside 62 minutes, Stephen Amankona was presented with a golden opportunity to restore parity for Kotoko but his finish misses the post by inch.

On the 82nd minute mark, Goalie Boateng produced a masterclass double save to deny the Porcupine Warriors the equalizer with eight minutes to go.

King Faisal won the game 1-0 to kick out Asante Kotoko from the competition.