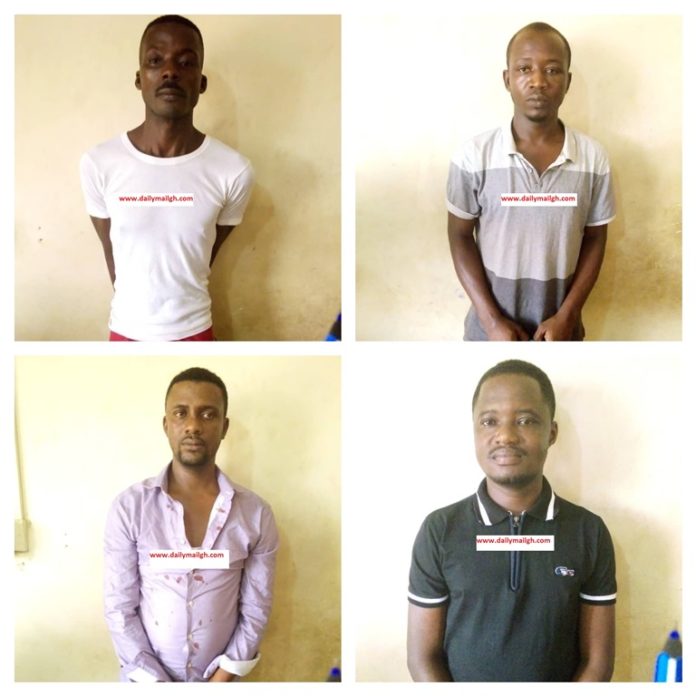 A man on police wanted list was on Thursday arrested after a vehicle he allegedly stole from a woman in Kumasi, was tracked and intercepted at Offinso in the Ashanti Region.

Nana Kofi Owusu, 29, was arrested after a woman (name withheld), who works at the Center for Scientific and Industrial Research (CSIR) at Fumesua in Kumasi reported to the police on Wednesday, May 5 that the suspect had bolted with her Toyota Corolla vehicle with registration number GE 1210-16.

The victim had told the police that she became helpless after the vehicle developed a mechanical fault on the Adum-Kwanwoma stretch, while driving to work.

“While looking for a mechanic to fix same suspect Nana Kofi Owusu aged 29 yrs emerged and offered to help. That the suspect managed to start the vehicle and sped away with same,” an incident report sighted by Dailymailgh.com read.

Luck, however, eluded Kofi Owusu, when he was arrested by the police at Offinso on Thursday, at about 6:00am following a dispatch message and information provided by telecom giant, MTN Ghana, which has a car tracking service team in Accra.

The suspect who was later handed over to the Asokwa Divisional Police Command for interrogation where investigations revealed that he had been declared wanted by the Cyber Crime Unit of the Ghana Police Service.

“Picture of the suspect was sent to the Unit Commander who confirmed that he is wanted by the Unit in a case of murder,” investigators say.

The three who have since been arrested confessed to the police during interrogation that they had committed several crimes including a recent robbery at Offinso in April this year.

Items stolen during the operation from a  victim known only as Gyamera included; a black Nissan X-Trail 4×4 vehicle with registration number AS 8150-10, a fridge, four foam mattresses, an air-conditioner and other domestic appliances.

The items have been retrieved and impounded at Asokwa Divisional Police Headquarters.

The suspects have been detained as the Ashanti Regional Police Command launches an identification parade and brief the media over the development.

I will not die without a word – Edward Adeti writes

Juventus beaten at Atletico to leave Ronaldo on brink of Champions...

Wiyaala reveals how she escaped forced marriage and FGM