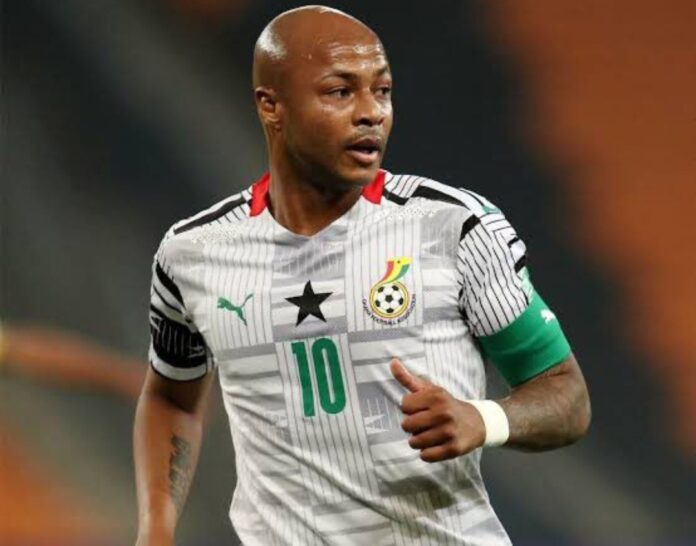 Ghana’s Black Stars captain Andre Ayew says his focus is about m helping the younger generation to succeed at the 2022 World Cup.

The former Swansea City AFC deputy captain believes he’s learnt a lot after being to two FIFA World Cup tournaments in 2010 and 2014 and is ready to give back to the upcoming stars from the country.

He says he still feel fit and strong enough to play at the highest level and it’s an honour to lead his country to qualifiy for the upcoming 2022 FIFA World Cup tournament in Qatar after missing our on 2018 in Russia.

“I’ve grown up and played alongside different generations, over two World Cups. I’ve learned a lot from them, and I still feel fit and strong enough to play at this level. I had the honour of leading my country to qualification.”

“It was a great experience, but the focus now has to be on helping the youngsters and convincing them that we can progress, for ourselves as a team as well as for the country. I enjoy every moment,” he told FIFA Plus.