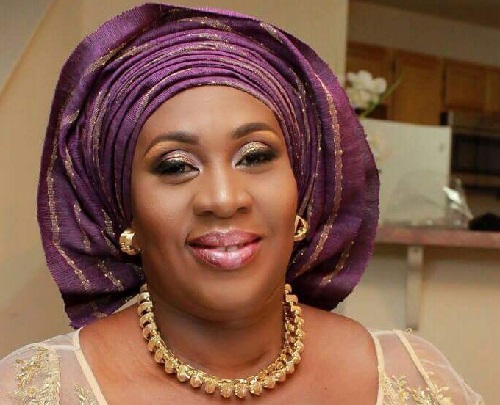 Some former appointees of the erstwhile John Mahama administration besieged the new court complex yesterday to show solidarity for the former Chief Executive Officer of the Microfinance & Small Loans Centre (MASLOC), Sedina Christine Tamakloe Attionu, who has been charged with stealing state funds.

Former Attorney General, Marietta Brew Appiah-Oppong, former First National Vice Chairman of the NDC, Betty Mould-Iddrisu and Spokesperson for Mr. Mahama, Joyce Bawah Mogtari, were all in court to throw their support behind the MASLOC boss.

The three appear to be heeding the call by former President Mahama, who urged party supporters to show solidarity to members of the parties who will be dragged to court.

Last year, the former president, on many platforms, called for support for his appointees who may be dragged to court for their alleged involvement in crimes while at post.

Some party faithful have since that call stormed various court rooms to support some appointees of the Mahama-led NDC era for various crimes.

The latest to be hauled before court is the former MASLOC boss Sedina Attionu, who is being accused of causing GH¢93,044,134.66 financial loss to the state.

Charged along Sedina Attionu is Daniel Axim, who was the former Operations Manager at MASLOC, under whose watch the alleged misuse of public funds took place.

An Accra High Court (Financial and Economic Division) was packed to capacity when the former MASLOC boss made her first appearance.

The former NDC appointees were there in their numbers, as one of their own was being charged for allegedly stealing money from the state while in office.

Interestingly, the former Board Chairman of the National Communications Authority (NCA), Eugene Baffoe-Bonnie, and four others who are on trial for conspiring to, and successfully causing financial loss to the state have been left to their fate.

Hardly do any of these former Mahama appointees make an appearance in court when their case is called.

Ms. Attionu, however, seems to have found favour with core Mahama appointees who were in court in their numbers, just as they do in the trial former CEO of COCOBOD, Dr. Stephen Kwabena Opuni.

The former president has been rumoured to be gearing up to storm the court to show solidarity to his favoured appointee.

Marietta Brew Appiah-Opong and Betty Mould-Iddrisu occupied the front seat as the charges were read and the pleas of the accused persons taken.

Together, the two are facing 78 counts of charges, including conspiracy to steal, stealing, unauthorised commitment, resulting in a financial obligation for the government improper payment, money laundering and contravention of the Public Procurement Act.

The two accused persons allegedly stole a total amount of GH¢3,198,280 while at MASLOC and willfully caused a GH¢1,973,780 financial loss to the state.

Again, Ms. Attionu and her accomplice while in charge of MASLOC allegedly made unauthorised commitments resulting in financial obligations for the government to the tune of GH¢61,735,832.50.

Per the facts read by the Attorney General, Gloria Afua Akuffo, Ms. Attionu misappropriated an amount of GH¢500,000 of MASLOC money invested in Obaatanpa Micro-Finance Company Limited (Obaatanpa which was later withdrawn due to 24 per cent interest demanded).

She said the former MASLOC boss rejected a cheque issued by Obaatanpa covering the money and instead demanded that the money be refunded in cash.

Interestingly, Ms. Attionu met the Board Chairman of Obaatanpa at Baatsona filling station in Accra during the night where she took the cash sum of GH¢500,000.00 which never went to MASLOC.

They all stayed behind till the end of the court proceedings but could not wait to see the accused persons execute the bail terms.

Ms. Attionu has been granted bail in the sum of GH¢5 million with two sureties while Daniel Axim’s bail terms were set at GH¢1 million with one surety.