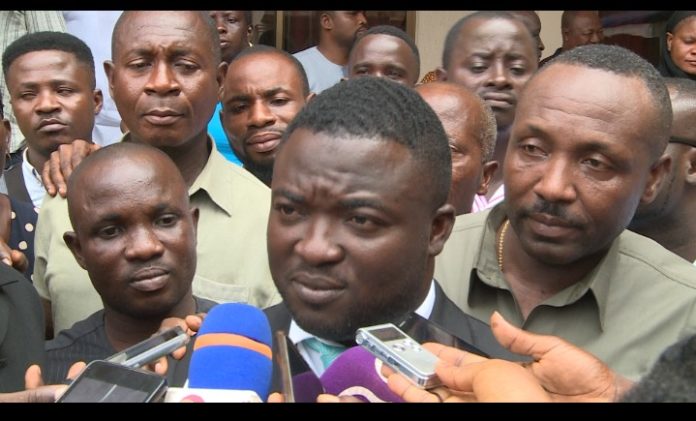 Two aspirants contesting the New Patriotic Party parliamentary seats in the Ashanti Region have stepped down.

They announced their decision during day two of a vetting process led by the party’s General Secretary, John Boadu on Tuesday, March 2, 2020.

According to Mr Fokuo, a careful introspection and several consultations with top party executives informed his decision.

He told reporters that he will commit all his resources to help the sitting MP to retain the party ahead of the 2020 general elections.

“The NPP is a democratic party. We are always a united front. I was not forced neither was I lobbied to step down, it was rather an appeal; and I also say that I will go all out to support the sitting MP to retain the seat for the party”, he told reporters after meeting the vetting committee.

The MP on his part called for unity among party members as they gear up to secure votes ahead of the general elections.

“I welcome my brother’s decision. My doors are always opened and I know together we will be a strong force to garner more votes for the NPP and the General Secretary has assured of the party’s support. There is no way the NDC will win the seat with this strong force and a time will come they will have nobody to contest in Ahafo Ano North”, he said in a local language.

Another aspirant, Abena Frimpomaa also announced her decision to withdraw from the race.

NPP General Secretary, John Boadu who confirmed the development to reporters commended the aspirants for the bold step and urged members and supporters to respect their decision.

The development means that two aspirants will wrestle in a hot contest ahead of the Primaries in the Asante Akyem North Constituency.

They are sitting MP, Hon Andy Appiah Kubi and a former MP and current board chairman of the National Sports Authority, Kwadwo Baah Agyemang.

The ruling party will be electing a presidential candidate on April 25, 2020.

Parliamentary candidates will also be elected the same day.

Already, the party is vetting potential parliamentary candidates across the country as part of the election process.

#JusticeForRuthEshun: One suspect remanded, another still in custody – Police