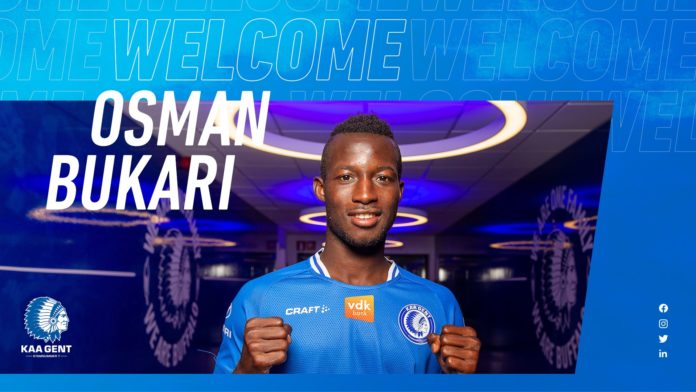 The Ghana International has penned a three-year deal with the Blue and Whites after completing his move from AS Trencin in Slovakia following a successful mandatory medicals.

The right-wing forward Osman Bukari from Ghana is the eleventh signing this summer for Gent.

Bukari started his football career in home country Ghana with Accra Lions. In January 2018 he was loaned out for half a season to the reserves of RSC Anderlecht where he showed his speed. In the summer of 2018, he took the final step to Europe when he signed with AC Trencin.

He played a total of 66 matches for the Slovakian club. In this he scored 16 goals and gave 25 assists.