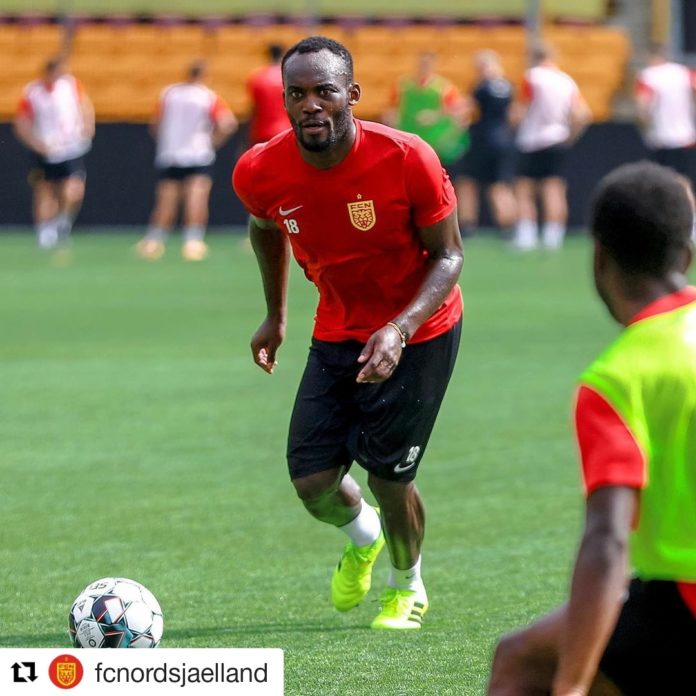 Former Black Stars midfielder, Michael Essien has been named as one of the coaching staff for Denmark Superligaen side FC Nordsjaelland.

The announcement comes after the former Olympic Lyon box-to-box midfielder completed a successful coaching program with the team as he continues with his badges course with UEFA.

The 37-year-old Ghana star will serve as an assistant coach for Perderson Flemmings in the upcoming season in Denmark for the The Red and Yellows.

Essien is one of the most successful Ghanaian footballers at club level in recent times and is undergoing his UEFA Licencing coaching program which will help him become a household name in the coaching job in the near future.

The former Chelsea FC midfield dynamo will not only serve as an assistant coach but will also provide the young Lads with additional experience in the field of play with his vast knowledge and abilities of the game.

The former Ghana International will also train with the team on and off the pitch as part of the agreement signed between both parties.

The humbled and excited Michae Essien also showed his gratitude to the club for the opportunity offered him after the announcement of the deal.