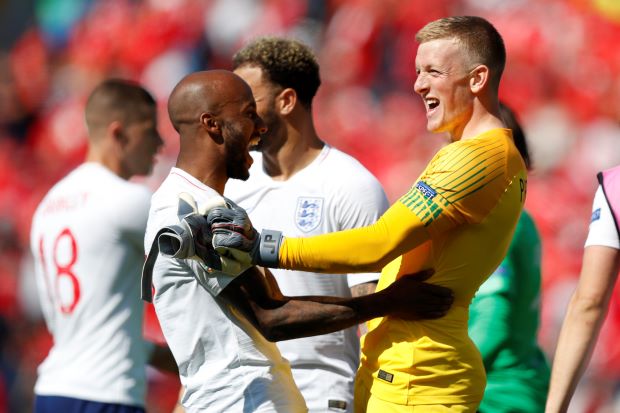 Times have changed: a reality TV star is Leader of the Free World, a comedian rules in Ukraine, 5G is upon us, and England is making a habit of success in shootouts.

From not winning one in 22 years, the Three Lions have triumphed in two since 2018. Gareth Southgate’s men broke the English national team’s ugly history of coming up short when a series of penalty kicks are required to determine the outcome of a game – see the FIFA World Cups of 1990/1998/2006 and the European Championships of 1996/2004/2012 — with victory in the round of 16 clash with Colombia at last year’s Mundial.

Only Liverpool skipper Jordan Henderson fluffed his lines on that occasion, but no England player did on Sunday when the 1966 world champions met Switzerland in the UEFA Nations League third place play-off: even teen Jadon Sancho and goalkeeper Jordan Pickford got it right. While these two latter-day shootout successes do not banish England’s painful past, they certainly erase future fears, as the English seek to build on recent international gains.

Ah, if only Ghana could say same!

The Black Stars may not have been hurt by shootouts as often as England has, but there are still tragic stories – memories of Senegal 1992, South Africa 2010, South Africa 2013 and Equatorial Guinea 2015 are still fresh — that explain why Ghana doesn’t have at least two more Nations Cup titles and the privilege of being Africa’s first medallists semi-finalists at the World Cup.

This summer, at the Nations Cup’s very first 24-nation edition, margins will be finer than ever — and shootouts are the finest of them all. Ghana trainer Kwesi Appiah would know a bit about that. As a national player and coach, he has been involved to varying extents in three of those four aforementioned nightmarish episodes; most personally, the semi-final loss to Burkina Faso six years ago robbed Appiah of a clear shot at ending Ghana’s AFCON trophy drought.

With the latest tournament just around the corner, the prospect of another penalty heartbreak can’t merely be wished away. But if England (of all nations) — with some good preparation and toughened nerves, of course — can do it, why can’t Ghana?