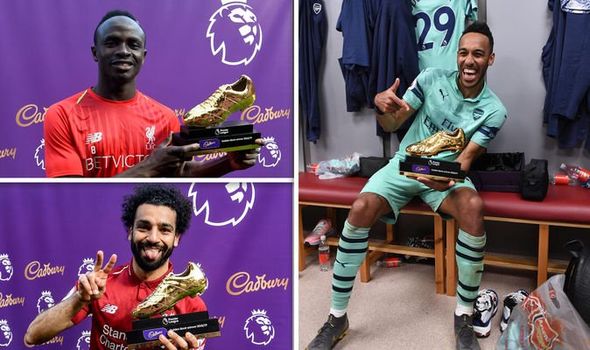 At the end of the 1998/99 season, Dwight Yorke became the first non-European to win the Premier League’s Golden Boot, splitting the honours with two others. Two decades later, for only the third time in the competition’s history, three men again got a share of the prize – all of them Africans.

It isn’t the first time Africa has produced the winner of the league’s most coveted individual gong, of course. In the noughties, two seasons apart, Ivorian great Didier Drogba ran away with it, but not until last season – when Mohamed Salah and his 32 goals breezed into town – did it happen again.

Well, this term, there’s been a triple treat: 22 goals apiece for last year’s winner Salah, Liverpool teammate Sadio Mane and Arsenal’s Pierre-Emerick Aubameyang (both of whom registered braces in Sunday’s final round of games). For Africa, it’s a matter of pride; for the world’s greatest league, a reminder that African footballers offer more than just raw pace and power. When in the mood, they can be prolific, too — never mind that 22 is the lowest tally of goals that’s secured the Golden Boot since Dimitar Berbatov and Carlos Tevez nicked it for 20 each in 2010/11.

Drogba remains the only African to have reached – even exceeded – a century of Premier League goals, with fellow West Africans Emmanuel Adebayor and Yakubu Aiyegbeni just shy of that mark, and while the likes of Mane (66), Salah (54) and Aubameyang (well, 22) are still a way off such a milestone – that’s if they stay around long enough to attempt the hurdle – they’ve ensured that Africa is firmly back among the goals. For now, at least.