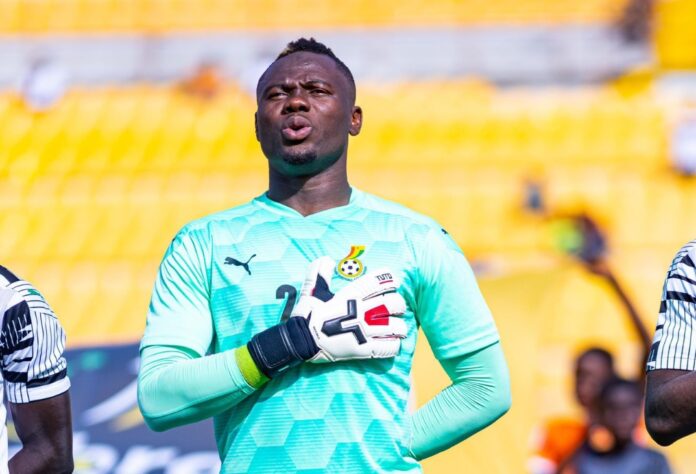 According to multiple media sources, the Ghana U-23 and Local Black Stars shot stopper has been called to replace injured Ghana’s first choice goalkeeper Jojo Wollacott ahead of the 2022 FIFA World Cup tournament.

He was one of the goalkeepers tipped by many to make it to the FIFA Mundial after going through the ranks of the various junior national teams.

With a broken injury sustained by Charlton Athletic FC goalkeeper, Joseph Luke Wollacott, there has been a wide range of reports confirming Danlad’s call-up for the 2022 FIFA World Cup tournament in Qatar later this month.

Reports this evening suggests that the Kotoko goalkeeper is part of the first Ghana contingent to have landed in United Arab Emirates to start training for the FIFA Mundial.

The 119-year-old is currently the first choice goalkeeper for Ghana’s Black Meteors and was in post throughout the CHAN qualifiers as the Black Galaxies qualified for the first time in eight years for the CHAN tournament.

The Ghana coach will name his final 26 players for the FIFA Mundial in Qatar, a tournament which starts on November 20, that is next Sunday in the Asian country.

Ghana will play European giants Portugal on November 24 before taking on South Korea on November 28 and Uruguay on December 2.